ANC resolute on expropriation of land without compensation

ANC Minister Naledi Pandor said the redistribution of land will help address nutrition and increase food security in the country. 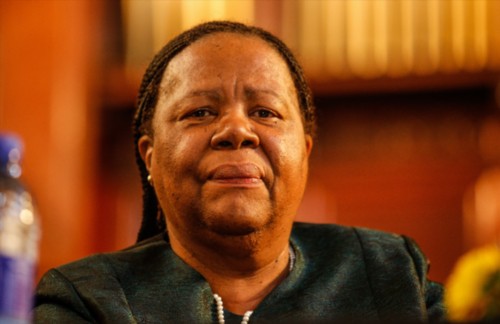 Speaking during the debate on the state of the nation address yesterday, Minister of Science and Technology, Naledi Pandor said the ANC will not waver on the policy of the expropriation of land without compensation.

Earlier in the debate, EFF leader, Julius Malema had said President Cyril Ramaphosa had failed to capture the attention of the media when he spoke about the policy during his Sona because he was “bluffing” and sought to ‘silence’ his opponents within the ANC.

“I also wish, Mr president, to assure honourable Malema we are resolute on land expropriation without compensation on the basis we agreed upon and set out by our party at its national conference,” Pandor said.

READ MORE: EFF willing to give Ramaphosa a chance

The minister said she found the comments made by Cope leader, Terror Lekota, on the policy embarrassing.

“I couldn’t understand how a leader in the struggle, who had suffered imprisonment and other restrictions and who understands the mispossession that was practised and dispossession among the people of our country, a person who would have that as his rooted political education should understand we have nothing but an obligation to ensure that we repair that history,” Pandor said.

Lekota had earlier challenged the president on the policy, saying it goes against the Constitution of the country. He questioned who the land would be taken from and given to, further asking who the term “our people” – who would be given the expropriated land – referred to.

She said: “All our people are our people, but when we talk about land it is those who have been dispossessed, who do not have it that we want to have access to ownership of that land.”

Pandor added that the handing over of ownership of land to the beneficiaries of the policy will also address the challenges of nutrition and food security in the country, adding that these beneficiaries would work the land to their benefit.

The EFF’s spokesperson, Mbuyiseni Ndlozi is another parliamentarian who had earlier questioned Lekota’s stance on the policy.