The last time Zolani Tete stepped into a boxing ring he didn't disappoint. In fact the bout against Juan Carlos Sanchez Jnr in the Mexican's backyard proved to be what the sport calls a barn-burner. 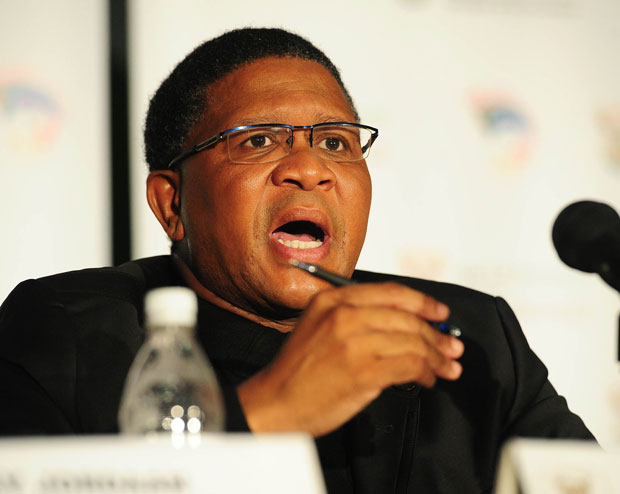 The bout in November last year was so good that it earned plaudits from the International Boxing Federation as the sanctioning body’s Fight-of-the-Year at their annual awards and also meant that Tete earned a world title shot.

The fighter dubbed “Last Born” was in Johannesburg last weekend to receive a trophy and cheque worth R20 000 from sports minister Fikile Mbalula, along with his trainer Mhikikiza Myekeni and manager Mla Tengimfene.

But one notable absentee was Tete’s promoter Branco Milenkovic who apparently did not receive an invitation to attend the event.

“I got Zolani that fight and yet I had to find out they invited my boxer, his trainer and manager, but not me,” Milenkovic said. “My house is around the corner from the venue,” he added yesterday.

In honouring Tete, who meets Teiru Kinoshita in Japan on July 18 for the IBF super-flyweight world title, Mbalula mentioned that plans were in place for the Eastern Cape resident to travel to New Jersey to collect the award.

But it transpired yesterday that Tete and his connections did not travel to the States due to the fact that they did not receive visas in time. According to Anda Bici, media liaison for the Minister, it was due to the fact that Milenkovic did not make the necessary arrangements with the IBF, a claim the promoter rubbished.

“We processed everything we could from our side. We made a request to the US embassy as they (Tete) didn’t have visas but certain documents were withheld from Mr Milenkovic’s side,” said Bici yesterday.

The Citizen has examined the correspondence between Milenkovic, the IBF and the Minister’s office which disputes this claim.

“I followed up with the IBF and sent them the necessary requests. I instructed someone to collect the award on Zolani’s behalf and it should arrive in Johannesburg at the weekend,” Milenkovic said.

“The statements are most unfortunate,” he added of the claim that he was to blame.

“It shows further that there is a witch-hunt from the Minister’s side to try and damage my good image and reputation.”