All the action at the Jaguar Simola Hillclimb

Veteran Willie Hepburn was recognised for his years in the sport. Last weekend’s Jaguar Simola Hillclimb delivered a mix of thrills and excitement, with new records set on the Simola Hill – both amongst the competitors’ times, plus the number of spectators at the three-day event.

More than 17 000 people attended the ninth edition of the Hillclimb, held in Knysna from May 4 to 6 – and they were fully entertained.

When the action drew to a close, all-new King of the Hill records had been established in each of the three categories, with the times between many of the top contenders closer than ever. André Bezuidenhout was the overall King of the Hill in his recently acquired Gould GR55 – a specialist Hillclimb single-seater built in the UK.

Bezuidenhout destroyed the current lap record – and the opposition – with an all-new time of 35.528 seconds in the King of the Hill Top 10 Shootout.

That translates to an average speed of 192.52km/h.

Touring car regular Robert Wolk was another prominent presence throughout the two days of racing, competing in a Ferrari V8-powered A1 GP car.

He finished second with a best time of 37.691 seconds. The final podium slot went to Garth de Villiers, driving a Formula VW, with a time of 42.013, ahead of Ian Schofield (Mygale Formula Ford) and Michael Venter (Shelby CanAm). A large field of Modified Saloon Cars dished up drama and excitement, with eight contenders vying for this year’s category King of the Hill title.

In the end, despite having to cope with an onboard fire, a broken front splitter and a huge spin during the weekend, Wilhelm Baard emerged as the overall winner in his Nissan GT-R, with a time of 39.463 seconds. Reghard Roets earned his second King of the Hill title in a row with another exceptional performance in the mighty street-legal Nissan GT-R, having set the pace throughout the weekend.

As the lone GT-R in the category, he raised the bar even further after he beat his current Hillclimb record for standard road cars by 0.135 sec, bettering last year’s result during the Class Finals with a time of 44.631 seconds.

A mention has to go to multiple karting and rally champion Mark Cronje who delighted the crowds with an outstanding performance in the Jaguar XJR 575, completing the dash in a respectable time of 48.485 seconds. Franco Scribante blasted his V8-engined Chevron B19 up the hill in a time of 42.196 seconds to
win the overall Classic Car Friday accolade.

To end the event on a great note, veteran saloon car racer Willie Hepburn received the Spirit of Dave Charlton floating trophy for the 2018 King of the Hill. 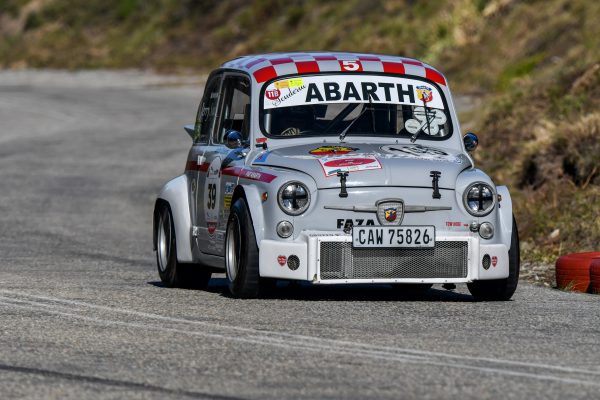 Hepburn has been a regular and popular competitor at the Jaguar Simola Hillclimb in his iconic 7.0-litre Chevrolet V8-powered Opel Record – a car that he still drives and maintains at the age of 76.