Sbahle had to be removed from the car using the jaws of life after it overturned. TV personality and fitness fundi, Sbahle Mpisane is reportedly in a critical condition after being involved in a horror car crash during the early hours of Thursday morning.

According to TimesLIVE, paramedics rushed Sbahle to St Augustine’s Hospital in Durban after her car veered off the road and hit a pole on Margaret Mncadi Avenue (formerly Victoria Embankment).

Paramedics had to apparently use jaws of life to remove Sbahle from the mangled vehicle, which overturned.

Sbahle’s father, Sbu Mpisane told the publication that she was fighting for her life and that it was an emotional time for their family.

“We are all here at the hospital and things are very emotional for us, as you can imagine having a child in the intensive care unit. She is still in a critical condition,” he said.

The cause of the accident is apparently not unknown at this stage but is being investigated by police. Meanwhile, hundreds of fans have filled social media with messages of prayer for Sbahle.

In other news.. @sbahle_mpisane was involved in a car accident last night! Please put her in your prayers aswell #PrayForSbahle ???????????????? pic.twitter.com/mxYf5QgwKb

We join in prayer for Sbahle Mpisane @sbahle_mpisane who is fighting for her life in ICU after a car accident pic.twitter.com/QzWzJVZRKZ

Sbahle’s boyfriend and soccer star, Itumeleng Khune shared a message on Instagram, saying he was praying for her. 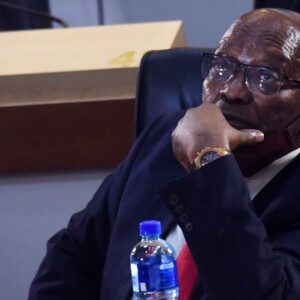 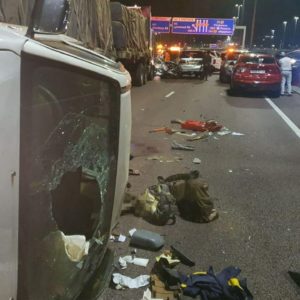