Aberdein enjoyed his best weekend in the series at Spa Francorchamps two weeks ago. 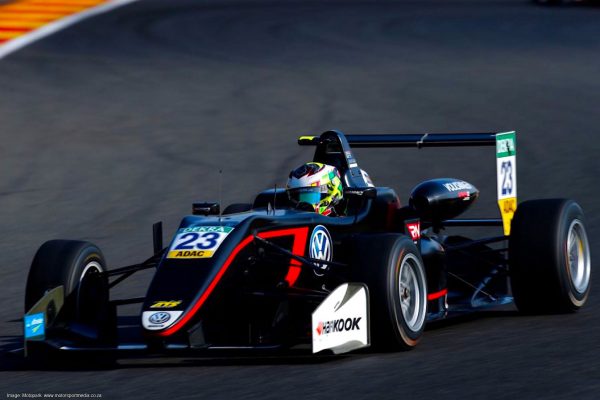 South Africa’s Jonathan Aberdein will head for another classic circuit this weekend, when the European Formula 3 championship visits Silverstone for its sixth round.

Aberdein enjoyed his best weekend in the series at Spa Francorchamps two weeks ago, with a couple of rookie podiums and the quickest lap of the second race.

He intends to achieve nothing less in England.

“I plan to build on that at Silverstone,” the Capetonian whose Spa weekend saw him up to seventh in the Rookie championship pointed out. “Like Spa, Silverstone is another of the great racetracks in the world. It is a challenging track with daunting corners, long straights and lots of overtaking opportunities,” he added.

Silverstone’s European F3 action will start with free practice, qualifying and the first race on Friday, second qualifying on Saturday morning and then qualifying for Sunday’s second and third 35-minute races on Saturday afternoon.

You can follow the action through live streaming and timing at fiaf3europe.com.