Xolobeni mining saga ‘not over’, activists get death threats

Activists thought the high court judgment would protect them from 'these bullies' (senior officials), but say this is clearly not the case. 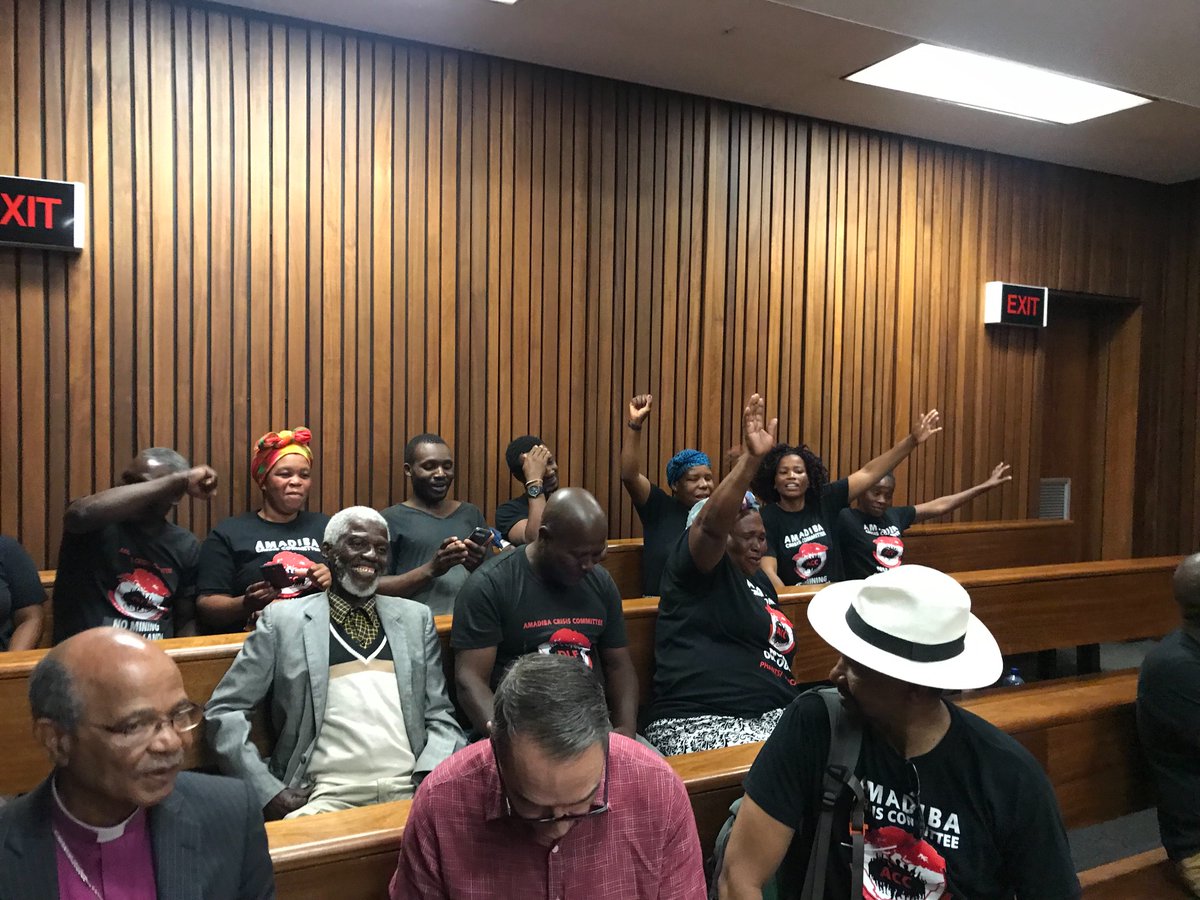 The Tshwane High Court says the Xolobeni community has the right to full and informed consent before a mining right is granted over their ancestral land. Image: JohanLorenzen/twitter

The Xolobeni anti-mining saga is far from over, with the Amadiba Crisis Committee (ACC) saying the landmark court ruling granting them right of consent for issuing of mining licences was only the beginning.

In a judgment that clearly pained Mineral Resources Minister Gwede Mantashe and Eastern Cape MEC for economic development and tourism Oscar Mabuyane last month, the High Court in Pretoria ruled that the minister will have to obtain full and formal consent from the Xolobeni community prior to granting mining rights.

The judgment was the climax of a 15-year epic David versus Goliath battle, as the impoverished community took on the department of mineral resources and Transworld Energy and Mineral Resources (TEM) of Australia over mining rights in the titanium-rich sands of the Wild Coast.

Nonhle Mbuthuma, Xolobeni anti-mining activist and ACC executive member, said judging by the responses of Mantashe and Mabuyane, as well as the continued death threats she receives, the battle has just begun.

After the judgment, Mantashe was quoted as saying the court ruling meant there could be no mining in the country and that his department would look at appealing parts of the ruling, while Mabuyane called for a referendum for the community to decide whether it wanted mining or not.

Mbuthuma said they thought the judgment would protect them from “these bullies” but said clearly this was not the case.

“The comment from Mantashe is clear that he is not happy about the judgment,” she said. “We thought the judgment would protect us but as long as government officials keep pushing to ensure that mining takes place, we do not feel safe. We do not even know if we will have an enjoyable Christmas, having to look over our shoulders.”

Mbuthuma, 41, has been on the forefront of the battle since day one and has lived in hiding after it emerged that her name was at the top of an apparent hit-list of those opposed to the mining.

There have also been attempts to poison her, but Mbuthuma has vowed to fight on.

This despite, she said, the battle having claimed her comrades like Sikhosiphi “Bazooka” Rhadebe, who died in a hail of bullets in 2016, moments after warning her to be careful.

“Even now, I do not sleep peacefully. Many times I am warned the hitman is coming and I have to get my child and head for the bushes, in the middle of the night, to hide,” Mbuthuma said.

Shenilla Mohamed, executive director of Amnesty International South Africa, said the fact that Mbuthuma could not feel safe, constantly having to look over her shoulder, was worrisome.

“The fact that women human rights activists wake up every day not knowing whether they will return because of this level of violence is something that we all have to worry about,” she said.