History was made at EFC31 this week as Demarte Pena became the first fighter to claim a title in two separate weight divisions when dominating Nkazimulo Zulu for the organisation's bantamweight title. 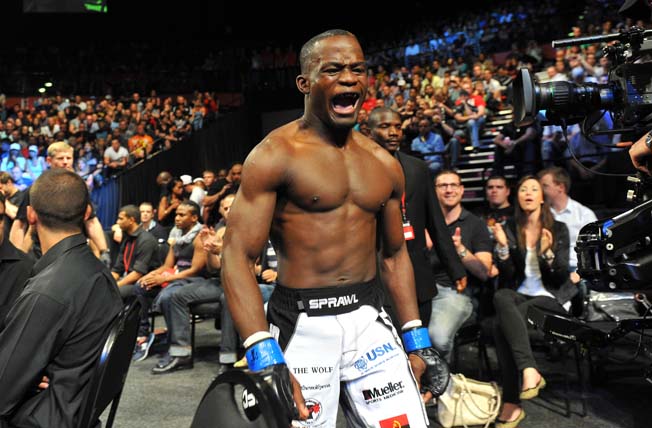 Heading into the contest, there was talk that the unbeaten Pena had shown very little respect to the champion and the manner in which he used his wrestling skills to nullify the dangers of Zulu’s striking ability showed why.

At the end of five rounds, Pena had out-muscled the champion with his strength. His numerous takedowns and wrestling skill killed off any dangers that Zulu, who was crowned as the division’s first champion, possessed. In the end, the judges had no difficulty in deciding the winner.

Pena’s next real challenge is likely to come from the highly-rated Irshaad Sayed later this year in what could be a battle of epic proportions.

The main supporting bout saw light-heavyweights Tumelo Mapthuta and Danie van Heerden in a battle that lived up to expectations as a EFC bout between two heavy-hitters.

By the end of the three-round contest, Van Heerden’s face was bloodied and bruised as Maputha found his target regularly. The jab proved to be his most effective weapon, consistently finding a way through Van Heerden’s defence, though he showed plenty of resolve to avoid being knocked out.

There was a routine win for Andrew van Zyl in his heavyweight clash against newcomer Elvis Moyo as his far superior ju-jitsu skills saw the fight over inside one round with an armbar forcing the submission.

In an epic clash of featherweights, Wesley Hawkey continued his march towards a possible title shot with an impressive majority decision over the highly-regarded Hanru Botha in an entertaining bout.

The opening main card bout saw Cedric Doyle do enough to secure a unanimous decision win over Matthew Buirksi in the bantamweight division.

After an evenly contested opening round, it was Buirski who looked headed towards victory, but Doyle did enough in the last minute of the final round to impress the judges.