The Wilds in Houghton, Johannesburg was once a neglected no-go zone, but has been restored to its former glory by inspired volunteers. 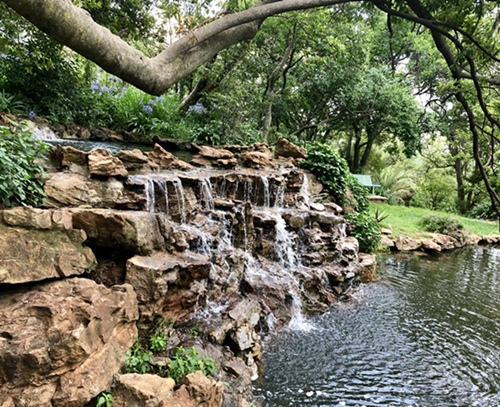 Once a no-go zone and a creepy overgrown sprawl, a 16-hectare area of wilderness tucked between two slopes in the heart of Johannesburg has reclaimed its glory, with splendid water features and artworks.

The Wilds in Houghton is not only an indigenous park, it also has a greenhouse where thousands of donated indigenous plants are nurtured and then planted out. 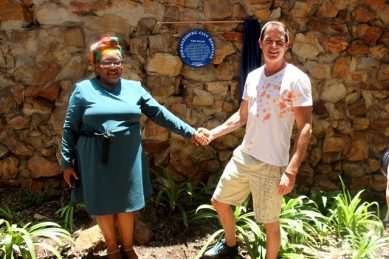 L-R : Councillor Kabelo Mpefi – Ward 67 with James Delaney, artist of the sculptures at The Wilds and member of Friends of The Wilds, unveiling the plaque. Picture: Supplied

The waterfalls, added in the 1950s, stopped working for years, but have been restored using the ever-flowing underground water from the Gautrain tunnels.

Fenced off, with security round the clock and colourful benches under the thick canopy of leaves, The Wilds has become a studying spot for students and a perfect place to wind down and escape the concrete jungle. 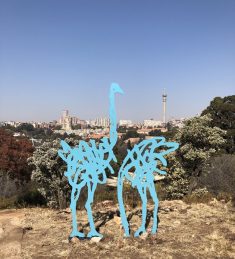 Established in 1925 on land given to the city by the Houghton Estate Township Co, the site also has historic significance, with its flora first displayed at the 1936 Empire Exhibition.

The park, declared a national monument in 1981, was dedicated to the memory of SA statesman Jan Smuts after his death in 1950.

Artist James Delaney, who has peppered it with colourful steel figurines of animals and birds, is one of the volunteers, along with Johannesburg City Parks and Zoo officials, who toiled for years to turn the park’s fortunes around. 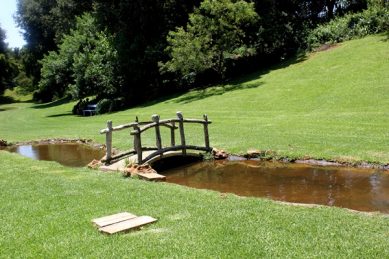 It is Delaney’s backyard and he was among the first people to roll up his sleeves to restore it. So for him it was an important moment when the Blue Plaque awarded to the park by the Johannesburg Heritage Foundation was officially unveiled yesterday.

“It has always been a national monument but now they are acknowledging it,” he said. 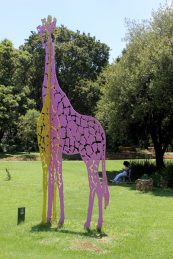 Life size giraffe sculpture by James Delaney, artist of the sculptures at The Wilds. Picture: Supplied

“Blue Plaque recognises historic landscapes and this is a historic park and part of our urban landscape,” he said.

For him the most important thing was seeing people using it again. 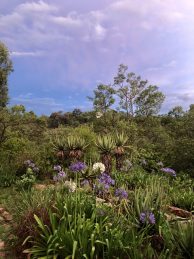 “Now seeing people having picnics, bringing their dogs for a walk and kids running around here, even tourists visiting, is very heartwarming,” said Delaney.

He added that, besides offering a bird’s-eye view of the Johannesburg skyline, the park has splendid birdlife and is home to wildlife like mongooses and porcupines.