Number of people trapped in Mpumalanga mine shaft increases

The tally of people who are trapped in the Gloria mineshaft has climbed to an estimate of 26 people with no real chance of rescue. Some of the members who were initially part of the group of 42, all of whom were involved in a cable theft incident, disclosed details in an interview about the events to Middelburg Observer.

After admitting to attempted theft, the group refused to divulge their personal details, but gave their account of the accident.

They entered the Gloria Coal Mine on Monday evening to strip the equipment when a methane explosion resulted in 22 members of the group being trapped underground.

Some of the survivors managed to retrieve two of the trapped people, but after going back inside to help the others, another four to six people never made it out.

It is suspected that they have been suffocated by the methane leakage.

ANC ward councillor Andile Mazwane, who has been at the forefront of the rescue mission, told Middelburg Observer that ambulances were dispatched to assist the two people who had been recovered. It is believed they were unconscious when found. 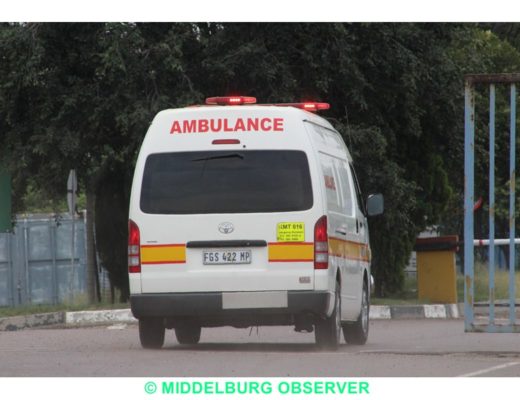 While emergency personnel are currently at the scene, it is too risky for anyone to try and retrieve the trapped group without the power supply being restored.

To have the mine up and running again for the rescue will cost an estimate of R340 million, which is money they don’t have. When asked, a group of mine employees stated they didn’t think the emergency personnel were willing to risk their own lives for the rescue.

They said that air circulation needed to be restored to make the shaft safe for entry. “The mine won’t pay for the rescue operation, so who is?” He blamed the government for the incident, and said that if the mine was in operation, the incident would never have taken place.

This is the second incident of its kind to occur at the Gloria Coal Mine.

In 1994, 33 miners were trapped underground after a fire broke out. Survivors of the incident shared their harrowing experience with the Middelburg Observer and told of how they tried to escape the blaze to the sound of their colleagues’ blood-curdling screams. Nineteen miners died in the incident and the survivors were left with endless nightmares.