Bulls move on from Brits and take a big gamble

With the national stars required to take a rest, coach Pote Human makes widespread changes in the hope that the wayward Jaguares don't surprise them. In contrast to some of the administrators in the corridors of Loftus, Bulls coach Pote Human has accepted Schalk Brits’ four-match suspension and moved on.

There had been reports earlier this week that Willem Strauss, the franchise’s president, was so incensed by the initial ban that he made his thoughts known on a public Whatsapp group.

An immediate appeal was launched – which was complicated from the outset by Brits’ previous red card offences for punching in 2013 and 2016 – but failed.

“It’s one of those things. He was guilty,” Human said on Wednesday, ahead of Saturday’s meeting with the Jaguares at Loftus.

“We’ve taken it on the chin and moved on. It’s not our way of playing. We obviously adopt a more physical approach, but we’re not a dirty team.”

While Human reiterated that Brits’ reputation as a “world-class” player and his “motivation” to be part of the Springboks’ World Cup squad means he’ll leave a sizeable hole in the match-day squad, the lengthy suspension might not be so bad.

“As a nationally contracted Bok, we probably would’ve had to rest him over the next week or so. The ban has probably helped us in that regard,” said the Bulls’ mentor.

In fact, Brits’ absence is part of a wider effort to give some the team’s national stars a mandatory week’s break.

The influential duo of flyhalf Handre Pollard and Jesse Kriel have both been given the week off, leaving skipper for the weekend, Duane Vermeulen, as the only big gun standing.

He’ll also probably be rested within the next two weeks.

Cynics, however, will wonder if Human perhaps hasn’t overplayed his hand against unpredictable opponents.

The Jaguares indeed have a poor record in South Africa, but the raft of Bulls changes could level the playing field to an extent.

But Human isn’t worried about risking a home victory in the name of rotation.

“They’ll be tough. They’re an international squad. We have a lot of hungry players though and I’m confident they can do the job.” 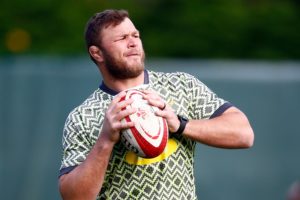 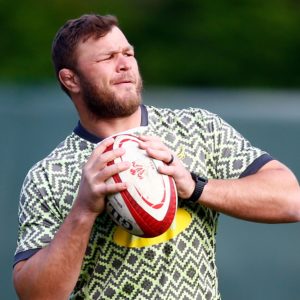