Stormers ‘deserve a bit of luck’

The critics believe things are spiralling out of control for the Capetonians, but their New Zealand guru is more optimistic. 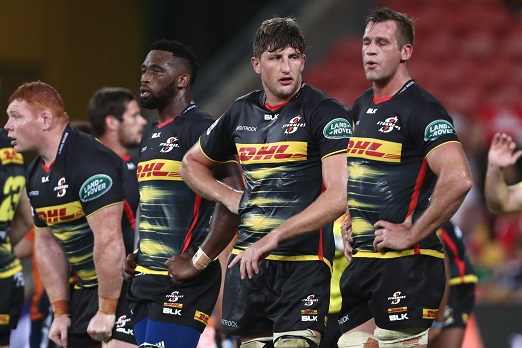 Stormers look on during the round eight Super Rugby match between the Reds and the Stormers at Suncorp Stadium on April 05, 2019 in Brisbane, Australia. (Photo by Chris Hyde/Getty Images)

The Stormers might be staring a win-less tour of Australasia in the face, but the struggling outfit hasn’t lost hope yet apparently.

Assistant coach Paul Feeney on Monday spoke in a decidedly positive tone, admitting execution continues to let the team down yet also noting that they haven’t played particularly badly.

In fact, the New Zealander believes luck has deserted them on their travels.

“It’s been a frustrating few weeks,” Feeney said from Melbourne, where the Stormers face the Rebels on Friday.

“We’ve been competitive in all three our matches to date. We’ve just lost them in five to six minute periods. We deserve the rub of the green at some stage too.

“Last weekend against the Reds we crossed the whitewash twice and were denied by the TMO. On another occasion, we missed by tryline by like 50mm. You need a bit of luck. It’s no excuse, but we need it.”

The Stormers have been plagued by the same problems throughout this tour, which probably means everyone knows exactly what aspects of play need to be addressed.

Instead, their biggest challenge is maintaining the belief that they can pull off their improvements.

“There are always big moments in matches, game changers. Sometimes a team just needs a little bit of luck somewhere and then confidence or momentum grows from that. There’s no reason we can’t beat the Rebels. Everyone is knocking over everyone.”

With no less than seven senior members of the squad absent for the final leg of the trip, there’s a distinct feeling that the Capetonians are stuck between a rock and a hard place.

But Feeney is philosophical.

“It’s a lot of experience lost. The flip side is that some of these guys are getting opportunities. We haven’t got some of the big names up front, but the boys who are here and the other experienced guys need to step up.”