Has Cash unlocked a Lions trump card with Combrinck selection?

Finally, someone picks the forgotten Bok at fullback! 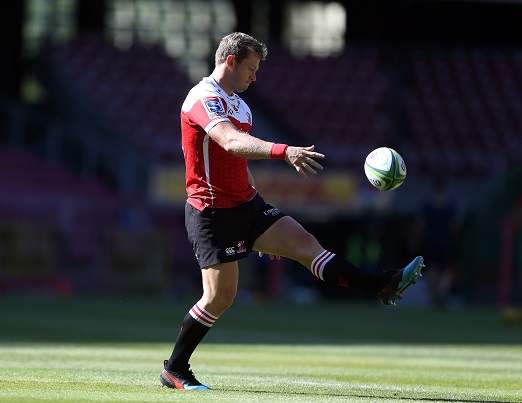 While Ruan Combrinck’s contribution to the Lions’ Super Rugby success over the past few years can’t be underestimated, there’s always been a lingering feeling that he’s starred without actually realising his full potential.

The 28-year-old was one of the few highlights of a gloomy 2016 for the Springboks, making an immediate impression on Test debut against Ireland and eventually ending with seven international caps.

Iffy form and injuries means that he’s in the international wilderness now for almost three years and his showings in this year’s Super Rugby campaign has been lukewarm at best.

Regardless of Combrinck’s own input in his relative decline, it must also be taken into consideration that the man from Vryheid hasn’t been done many favours by being picked at wing.

It’s a position where various others such as Aphiwe Dyantyi, Sbu Nkosi and Makazole Mapimpi seized their chances because they’re perfectly suited to the No 11 and 14 jerseys.

Except for the fact that the No 15 jersey allows him more space and time to weave those magical moments that supporters have salivated over in the past, Combrinck has a very balanced set of skills.

He’s strong, fast, possesses a very strong right foot that can enrich the Lions’ tactical kicking game and has, in the past, been used as the Lions’ frontline goal-kicker.

Just remember THAT penalty in 2017’s playoff against the Sharks…

By selecting him at the last station for Friday’s meeting with the Crusaders in Christchurch, stand-in Lions mentor Cash van Rooyen could potentially supplement his side’s attack with some extra X-factor.

Andries Coetzee might be a steady stalwart, but Combrinck has the potential to elevate the Lions’ product.