And a very willing move to the No 12 jersey at stages this season merely strengthens the argument. 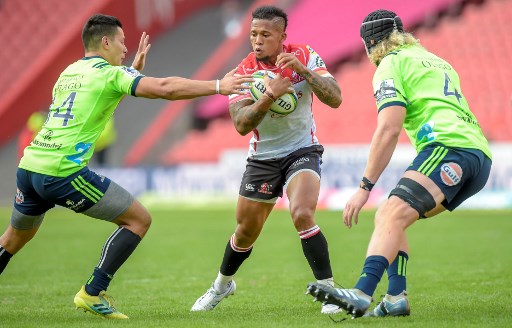 As Rassie Erasmus contemplates another injury to one of his key men after Handre Pollard returned home from the Bulls’ Super Rugby tour, the Springbok coach will now hope Elton Jantjies keeps his stellar fitness record intact.

The Lions flyhalf hasn’t been rested yet during the current campaign as national player protocol dictates.

However, Jantjies has insisted regularly that he’s a player that thrives on game-time and prides himself on not requiring much of a breather.

“I still feel good and strong,” he said.

“I’m working with one of the best conditioning trainers in world rugby, Cash van Rooyen. He’s very good at managing our load on the field and when to push it because we work in cycles. It’s not in my control. It’s all up to coach Swys (de Bruin) and coach Rassie. They will speak to one another if there is a request.”

Further emphasising Jantjies’ importance is his promising showings over the past few weeks when moved to inside centre.

The 28-year-old worked superbly in tandem with rookie Gianni Lombard in the victory over the Chiefs in Hamilton, while he’s also shifted regularly during matches.

With the Springbok midfield still dogged by inconsistency as well as the fitness of Jesse Kriel, Jantjies’ newfound versatility could become invaluable.

And, by all accounts, he’s happy to add strings to his bow.

“Not that I was getting complacent, but it did excite me,” said Jantjies.

“It’s nothing negative, only positive. I saw the game in a different way and had to work on different aspects of the game. It was challenging for me and it’s sometimes good to take you out of your comfort zone and find a new challenge.”

It’s not all renewal though.

After all, it’s been a season where the Lions haven’t shown the type of consistency that carried them to three consecutive Super Rugby finals.

“My form is not something I look at‚ as long as the team wins. I’ve always got a lot of work-ons,” said Jantjies.

“How can I apply myself more in the game. What influence can I have on the game? How consistent can I be?” 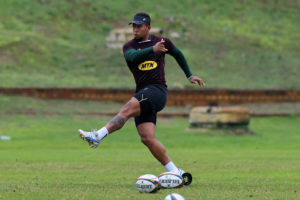 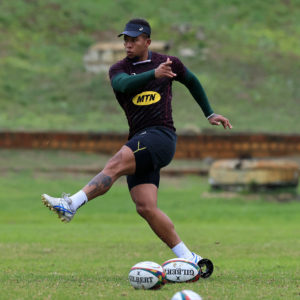