The driver of the motorcycle lost control, crashing into the pavement and 'launching them down an embankment'. 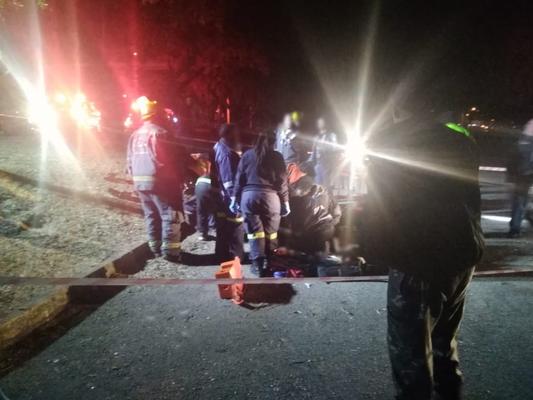 A man and a woman were critically injured when their motorcycle crashed into a pavement and down an embankment in Krugersdorp on the West Rand, paramedics said on Sunday.

According to reports from the scene, an adult male motorcyclist with an adult female riding pillion lost control of the bike, crashing into the pavement and “launching them down an embankment”.

Both riders sustained critical injuries and required advanced life support intervention to stabilise them. Due to the nature of the man’s injuries the Netcare 1 specialised helicopter air ambulance was activated to airlift him to a specialist hospital for further treatment.

The woman was treated on the scene and transported by ambulance to hospital for further treatment, Herbst said.