Several elephant experts have weighed in on the elephant's behaviour. 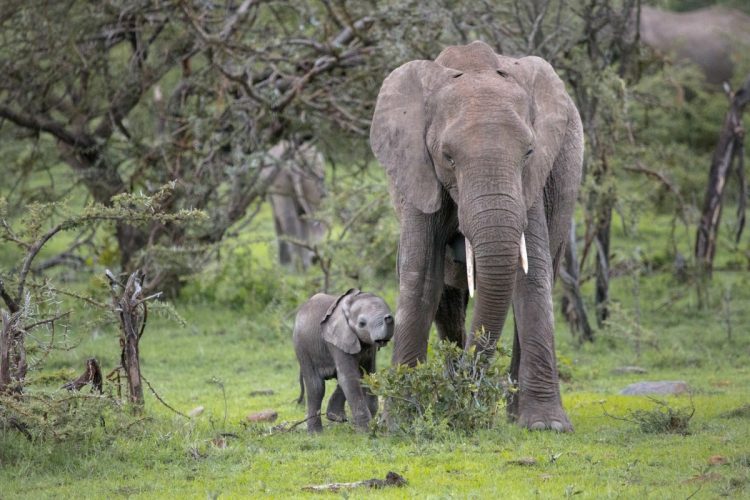 The Johannesburg Zoo finds itself embroiled in another legal controversy after three elephants were caught on video in seeming distress on Elephant Day, according to animal experts.

A video clip of their enclosure taken by Ban Animal Trading (BAT) shows what seems to be unhappy animals with heavy temporal lobe streaming, running with tails up and head-swinging.

In a Facebook post accompanying the video, BAT claimed the zoo was exploiting the elephants, provided them with inadequate environment and, by “forcing them do tricks”, was treating them like a “vaudeville show” or a circus.

The zoo responded, through its lawyers, accusing BAT of defamatory “untrue” statements, demanding that the posts be withdrawn, and an apology tendered. If not, the zoo would claim for damages to its reputation.

Several elephant experts have weighed in on the elephant’s behaviour.

According to elephant specialist Audrey Delsink of Humane Society International Africa: “The activities inside the exhibit leading up to the media showboating – including the use of machinery at the moat – caused Lammie to be locked up for longer periods and separated from Ramadiba and Mopane.

“This increased noise and disturbance, as well as the children’s shouts, clearly exacerbated the situation and elevated the elephant’s stress. Once again, this shows that entertainment trumps elephant welfare. We are extremely concerned about these elephants’ well-being.”

The chairperson of the Elephant Special Advisory group, and ethologist, Dr Marion Garai, expressed alarm at what she saw on the video.

“Lammie is clearly very distressed. She’s streaming from her temporal gland. The picking up of sand to dust-bathe is a displacement behaviour (frustration) as she doesn’t throw it onto herself. She then runs with tail up, very agitated, turns around and tries to defecate. This is also a sign of agitation and nervousness. She points her trunk towards the loud people and seems at a loss what to do. The other two are also just as agitated and distressed.”

“Lammie is spinning, dribbling urine and kicking the ground. From the other two elephants, there is loud bellowing while they buckle their hind legs – a typical sign of stress, anxiety.”

The zoo had a different take on the situation.

“The Joburg Zoo took the opportunity to pay tribute to its oldest pachyderm, 40-year-old elephant, Lammie who in recent months has been in the spotlight since the loss of her companion Kinkel and the subsequent acquisition of two more elephants, Mopane, 19, and Ramadiba, 22, by the Zoo,” spokesperson Jenny Moodley said.

“Lammie enjoyed taking centre stage as she chewed on a bouquet of leaves and fruit and enjoyed a special birthday cake, tailor-made for her.”

Delsink, though, added that forcing elephants to perform was not the way to go about celebrating World Elephant Day.

“It is extremely concerning to see the obvious distress exhibited by Lammie and the two newcomers in the zoo’s celebrations, which were both for Lammie’s birthday and Elephant Day.”

The spat between the zoo and conservation organisations has been going on for more than a year, with one side offering to provide Lammie with natural surroundings in a sanctuary, and the zoo purchasing two “trained” elephants to add to the exhibit.

More than 300,000 people signed a petition to free Lammie, which was disregarded by the zoo.

The two new elephants, Mopani and Ramadiba, were bought from Inkwenkwezi, where they were used for elephant-back safaris.

The zoo paid more than a million rand for the two new wild-caught elephants.