Problems with the management of the airport, going back to 2014, have caused the CAA to threaten to shut it down. 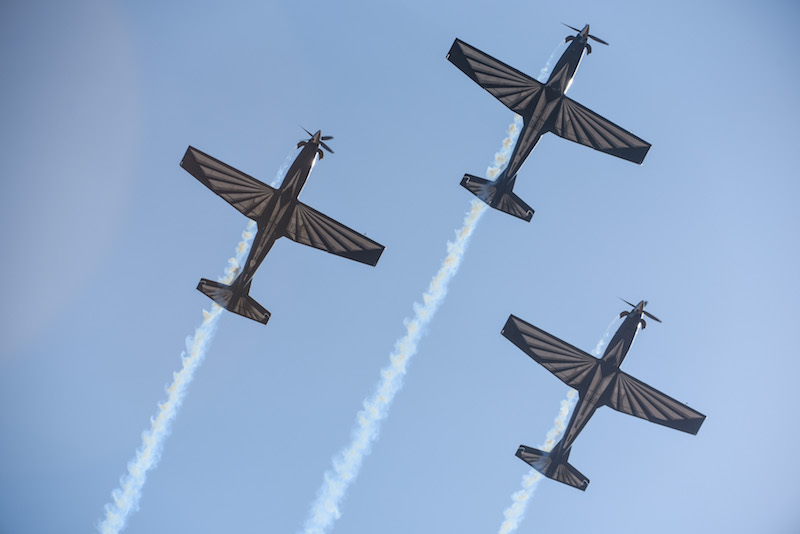 Still reeling from a damning R5bn irregular expenditure finding from the Auditor General, the City of Tshwane has reappointed a service provider to run the Wonderboom National Airport (WNA) in spite of warnings by its legal and supply chain management departments that the appointment could be unlawful.

But the City says the Civil Aviation Authority (CAA) will shut down the airport without a manager, and it could not appoint someone internally to do the job.

“The airport manager position was not filled due to an incorrect and non-compliant job specification and minimum qualifications required,” the City’s roads and transport department argued in support of the reappointment of a private airport management company.

It made the argument despite the City previously having had an in-house airport manager and a team of staff under its roads department which ran the airport, until it was taken over by the mayor’s, and later, the city manager’s offices.

The CAA, which regulates aviation in South Africa, threatened to close down the airport two years ago after four inspections found that it was endangering the lives of those who used it.

WNA is not only supposed to be an income stream for the municipality, but it should provide ease of access to it for the high flyers who regularly need to travel to the capital. Tshwane is the administrative hub of the country, housing many foreign embassies, business headquarters and the national government.

But problems with the management of the airport, going back to 2014, caused the CAA to threaten to shut it down.

The airport also suffered a major blow when SA Airlink suspended its Pretoria-Cape Town flights last year, citing a lack of profitability. A group of concerned employees asked the Public Protector to investigate the management of the airport earlier this year.

The Auditor General slapped the City with a R5bn irregular expenditure finding in its most recent report. The vast majority of this expenditure was because of non-compliance with procurement processes.

A document seen by News24 shows that on August 1, 2019, the City’s bid adjudication committee (BAC) recommended that Professional Aviation Services (PAS) be reappointed on a month-to-month basis for six months to manage the airport, at a monthly rate of R828 000. PAS was first appointed in late 2017.

In a report to the BAC, the City’s roads and transport department wrote a request to deviate from normal procurement processes to appoint PAS. Deviations are allowed in terms of National Treasury regulations, but only under specific circumstances, such as in emergencies or in exceptional cases where there is no other service provider to bid for the contract.

The report shows just how close Tshwane came to losing its licence to operate the airport. The City Aerodrome Licence from the CAA is valid from August 2018 to the end of July 2019.

In justifying the request to appoint PAS on a deviation, the roads and transport department said CAA inspections in 2017 resulted in the City receiving 89 findings of non-compliance. Some of these could have resulted in loss of life or damage of property, the report states.

A number of the CAA’s concerns have now been addressed, according to the report, but the airport has still not conducted a full-scale emergency exercise as required by law. One is scheduled for November. CCTV systems, runway X-ray machines, and the runway lighting systems must also be repaired.

The roads and transport department said the airport licence would be revoked by the CAA if an airport manager is not appointed. But an internal process to hire one could not be finalised “due to the responses received from the market”, officials from the department wrote.

An alternative appointment process will take six months to finalise, so the BAC needed to approve the deviation so that PAS could be appointed again, they argued. In the meantime, the department would try to source a manager from the market or approach the Airports Company of South Africa (ACSA) to do the job.

The BAC resolved to approve the deviation, but not before the City’s most senior legal advisors and finance staff put up a fight.

The chief financial officer wrote that it was not clear how the amount of R828 000 would be determined.

An invoice from PAS seen by News24 shows that it invoices for “service provided in terms of letter”. No other details of the work it does are provided.

Officials from the City’s Group Legal and Secretariat, which includes its head of corporate legal compliance, said the report to the BAC was “not legally in order”. They said the request to deviate from procurement processes did not comply with the City’s own supply chain management policy and the accompanying legal framework.

The City’s divisional head for supply chain management wrote that a previous payment to PAS would have to be declared irregular expenditure because the City paid them without having a contract in place, although a contract was later signed.

The SCM department also said it could not support the recommendation to appoint PAS on a deviation, because the City was not following the correct policies in expanding the scope of the contract without council approval.

But the BAC recommended the reappointment of PAS regardless.

When asked for comment, the City referred News24 to its explanation for this as cited in the BAC report.