SA swimmers have eye on Rio

South Africa's elite swimmers will be targeting the Rio Olympics, two years down the line, as they lead the medal charge at the Commonwealth Games starting in Glasgow today. 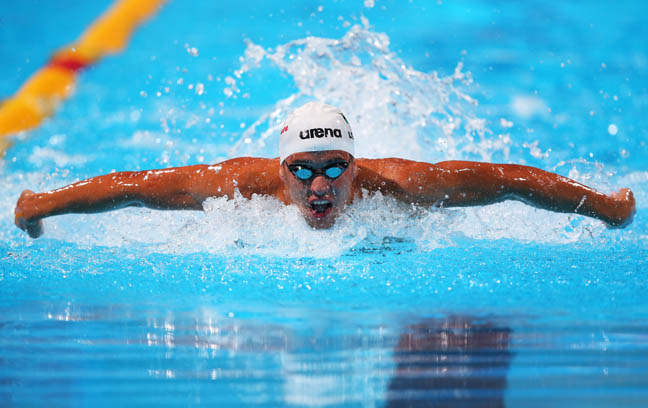 The swimming squad delivered 16 of the country’s 33 medals at the 2010 Commonwealth spectacle in Delhi and went on to contribute half the six-medal tally at the 2012 London Olympics.

Chad le Clos grabbed five medals at the Delhi Games, and the 22-year-old Olympic and world butterfly champion will target an even better return in Glasgow, confirming the Commonwealth showpiece forms an integral part of his long-term plans.

“This is an experimental year for me and I’m trying different events,” Le Clos said.

“Rio is the main focus, and whatever happens at these Games, I’ll take the result.”

Only three of the Delhi medallists in the pool will compete in Glasgow, with Le Clos joining Olympic breaststroke champion Cameron van der Burgh and veteran sprinter Roland Schoeman, who each earned three medals at the previous Games.

Only seven other medallists from Delhi, representing three codes, will turn out for Team SA.

Sunette Viljoen, in consistent form this season, aims for her third straight javelin crown, and LJ van Zyl, who took silver four years ago but has been below par for the last few seasons, hopes to draw on his experience and regain the 400m hurdles title he won at the 2006 Melbourne Games.

Lawn bowlers Gerry Baker, Tracy-Lee Botha, Susanna Nel and Susanne Steyn, who contributed to three gold medals won in Delhi, are back in the fold, while Cecil Afrika is the only member of the 12-man rugby Sevens squad who secured bronze four years ago.

The rugby team were hit by a few late changes, with Springboks Bryan Habana and Schalk Brits unable to get released from their clubs and Mark Richards replacing injured Stormers speedster Cheslin Kolbe, but Afrika, the SA team’s flag-bearer, remained confident of their chances. 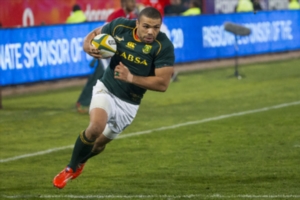 Archery, which returned two bronze medals in Delhi, and tennis were replaced by the judo and triathlon codes, and African champion Jacques van Zyl is among the favourites for a medal in the men’s 73km judo division, while Richard Murray will aim for the podium in the men’s triathlon.