The royal couple are wrapping up their South African tour with a visit to the Presidency in Pretoria. 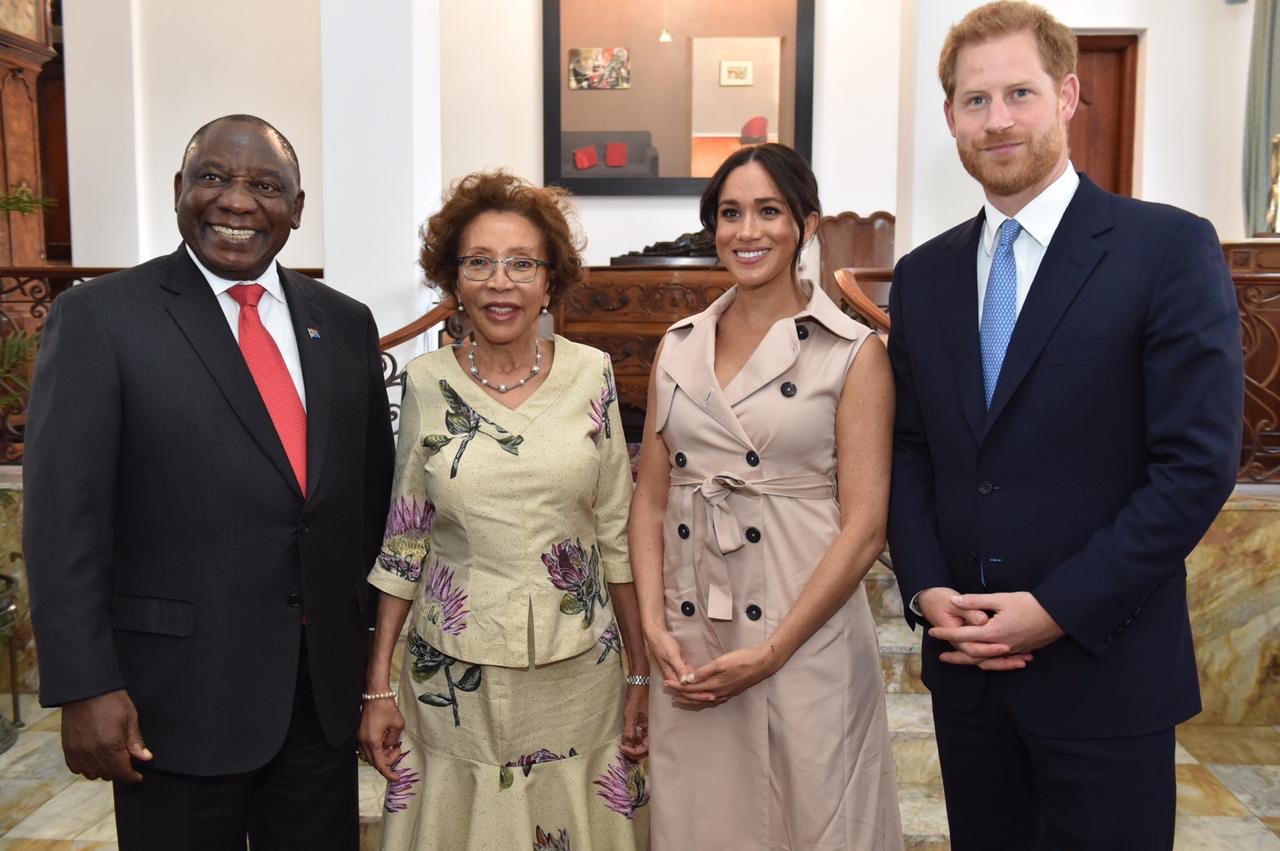 President Cyril Ramaphosa and First Lady Dr Tshepo Motsepe on Wednesday received a courtesy call from Prince Harry and Meghan, the Duke and Duchess of Sussex, at his official residence, Mahlamba Ndlopfu, in Pretoria.

They exchanged banter and gifts as part of their 10-day official trip.

The royals’ baby son Archie has accompanied his parents to South Africa.

Exchange of gifts between the President, First Lady Dr Motsepe, and The Duke and Duchess of Sussex during the courtesy call at the Mahlamba Ndlopfu Residence in Tshwane. #SussexRoyalTour #RoyalVisitSouthAfrica pic.twitter.com/MwvaKYmR76

The meeting followed a courtesy call paid by Ramaphosa on Queen Elizabeth II in Buckingham Palace during the president’s working visit to London in April 2018, where he participated in the Commonwealth Heads of Government Meeting.

“The UK was South Africa’s sixth largest global trading partner in 2017, with total trade at R79,5 billion. The UK also remains the key source of long-haul tourism to South Africa.”

The Sussexes earlier on in their visit to SA met Emeritus Archbishop Desmond Tutu and his wife, Leah.

Markle had earlier visited the site where a young female student was murdered in a show of solidarity with victims of gender violence.

The Duchess of Sussex tied a yellow ribbon in memory of 19-year old Uyinene Mrwetyana, who was brutally raped and killed in Cape Town, where she was attending university.

The visit took place secretly but was announced on the official Sussex Royal Instagram page on Saturday.

The Duke and Duchess both expressed their support for the ongoing fight against gender violence on the first day of their tour.

The royal couple will soon be returning home.