A municipality spokesperson said the municipality was aware of the problem and would send a team of technicians to handle it. 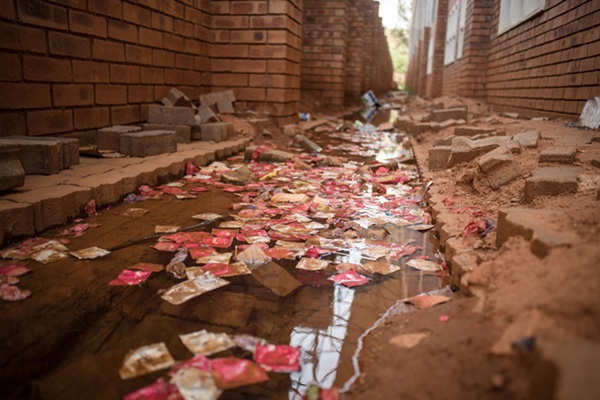 Residents of Praktiseer outside Burgersfort in Limpopo say they are vulnerable to diseases such as cholera and malaria as they are still waiting for a proper sewage system to be installed.

They were relocated to the area in 2012.

One of the agreements between residents and the Annesley Andalusite mine was that a system would be put in place. However, this never happened and residents now have to deal with a burst sewerage pipe.

Resident Aubrey Ngwatle said human waste was flowing into the Tubatse River as a result.

She said the terrible smell prevented her from eating, adding she now had to stay with neighbours to get away from the stink.

“About six months ago, [the Sekhukhune District] municipality promised that the pipe was going to be fixed. They told me to take some pictures and forward them to Talane Moyaga of Talane Projects who is the social facilitator. Up until today, I am still waiting for Moyaga to fix it as promised,” added Ncongwane.

“I pray day and night for the burst pipe to be fixed. I am afraid I will die without getting an opportunity to stay in my house,” she said.

The sewerage flow is affecting not only Ncongwane – other residents said their young children were forced to play in it.

“Our kids are playing in the stinking sewerage and the Sekhukhune District Municipality is ignoring this health hazard. I am afraid they will suffer from waterborne diseases like cholera and dysentery,” said Ngwatle.

When pressed for comment, Moyaga promised the pipe would be fixed in less than a week’s time.

“I know of this problem, and I engaged with the Sekhukhune District Municipality who will erect a sewage scheme that will end the affected residents’ problems.”

Greater Sekhukhune District Municipality spokesperson Willy Mosoma said the municipality was aware of the problem and would send a team of technicians to handle it.