A case of culpable homicide has been opened for further investigation. 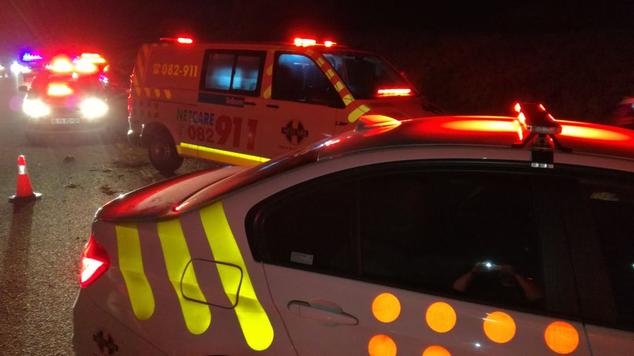 Two women have been killed in a bus crash on Moloto Road in Bronkhorstspruit, Tshwane, in the early hours of Wednesday morning.

“Circumstances surrounding the incident are not yet known, but it occurred this morning between 05:00 and 06:00 while it was raining. The accident happened around a curve,” Tshwane Metro Police Department (TMPD) spokesperson Isaac Mahamba told News24 on Wednesday afternoon.

The two women killed were aged 40 and 16. Authorities are not able to disclose their details until the next of kin is informed.

A total of 41 passengers, as well as the driver, sustained injuries, according to Mahamba.

Netcare 911, however, said it only had a record of 34 people who had sustained minor to moderate injuries.

“All the patients were treated on scene and once stabilised were transported by various ambulance services to hospital for further treatment,” spokesperson Shawn Herbst said in a statement.

Local authorities were on the scene for investigations.

A case of culpable homicide has been opened for further investigation.

Moloto Road has since been cleared and opened to motorists.