Ethical breaches could arguably be due to negligence or juniorisation of the newsroom, but could also point toward more willful or malicious behaviour, the panel heard. 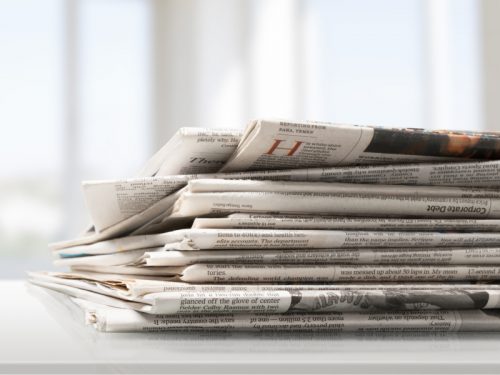 The media fraternity needs to be seen to be doing something about ethical breaches and going back to basics if it hopes to restore some credibility that has been lost over the years, it emerged during a panel discussion on Wednesday.

The panel discussion was hosted by the South African National Editors’ Forum (Sanef) in light of its own ongoing inquiry into media ethics and credibility.

“We need to be seen to be doing something in the same way we write stories and demand the government take action against bad apples who pilfer state coffers,” said Sanef’s acting Gauteng regional convenor Hopewell Radebe.

“If our own journalists are found wanting, it unfortunately paints us all with the same brush and discredits our craft.”

Former Cape Times editor Tyrone August said the industry was in a “bit of a bother”, even though he believed there was still hope.

Referring to a rise in complaints to the press ombudsman last year, August added ethical breaches could arguably be as a result of negligence or juniorisation of the newsroom but could also point toward more willful or malicious behaviour.

He said many complaints against journalists were found not to be fair, accurate or truthful. Some journalists even refused to give a right of reply.

“I think we are in serious trouble if journalists find themselves getting into trouble for really, what should be minor issues,” added August.

Other concerns included single source stories, the use of anonymous sources and confusion about the public interest versus an individual’s right to privacy.

Professional training and mentorship should also be revisited.

“Ethics is a very tricky business. We can never resolve it completely but if we follow the basics, we have at least circumvented some of the problems we encountered in recent years.”

Professor Wallace Chuma from UCT’s Centre for Film and Media Studies said it was difficult to rebuild credibility once eroded, and the effects might only be felt in years to come.

The problem was far from just a local one, and all the journalists he interviewed in Zimbabwe for a study on media ethics admitted to the normalisation of unethical behaviour.

Reasons for this included an absence of thought and moral leadership in newsrooms, complaints about not being paid well and a systemic strategy to remove senior journalists and replace them with young, pliant ones whom politicians could call on.

Chuma said the commercialisation of the media had led to important practices and stories being cut, along with fact-checking.

“One of the things that needs to happen is to sit down with journalists, young journalists and get a sense of what it is that they are going through.”

Ayesha Ismail, a veteran journalist who is working as an eNCA and France24 correspondent, said when she worked for an alternative newspaper during apartheid, journalism was seen as a noble profession.

“We were very meticulous in making dead sure that our facts were 100% accurate because we knew people were watching us, the mainstream media were watching us like hawks,” she added.

“The police would try to get information from us so they could then go arrest people who spoke to us. It taught us to check our facts and to make sure everything that was printed was accurate. One thing the system could not fail us on was accuracy.”

Ismail agreed ethical breaches such as brown-envelope journalism appeared to be a common practice she noticed among journalists when working in Nigeria, Uganda and Kenya years ago.

She was shocked when it emerged as a practice in South Africa too.

“While journalists should be scrutinised, one should also look at the gatekeepers such as news editors and sub-editors.

“Why aren’t the gatekeepers being held responsible as well?” she asked.

Organisations or members of the public who have any evidence of ethical breaches in the media have been encouraged to make their submissions to the Satchwell media ethics and credibility inquiry.

The deadline for submissions has been extended to January 31, 2020.