With the report now in Mkhwebane's possession, Van Loggerenberg said the report is riddled with 'lies, disinformation and fraudulent claims'. 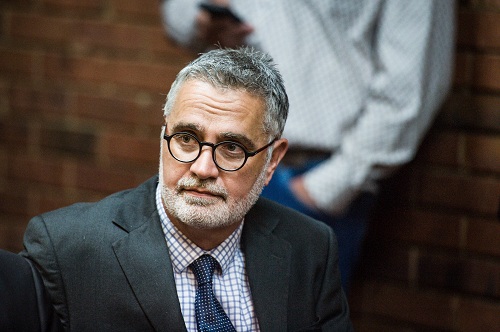 Former Sars enforcement boss Johann van Loggerenberg says he will be challenging the hotly contested 2014 top-secret Inspector General of Intelligence (IGI) report into the “rogue unit” in a bid to have it set aside.

This follows Friday’s announcement by Public Protector Busisiwe Mkhwebane that she has been handed a redacted version of the report by State Security Minister Ayanda Dlodlo.

“I shall be challenging the report in court in due course to seek to have it reviewed and set aside. During this process I shall demonstrate these lies and cover-ups,” said Van Loggerenberg in a statement on Friday.

The report alleged that the covert intelligence unit at Sars was unlawful.

The report itself is highly controversial, as it is largely based on information from agency operatives implicated in discrediting Sars officials.

Mkhwebane last month argued in the Gauteng High Court in Pretoria that the report supports her findings that the intelligence unit acted unlawfully.

Mkhwebane said the “applicant” promised to give her a declassified copy of the report as part of her separate investigation into the “rogue unit”, but that it “failed to deliver”.

Dlodlo is the “applicant” in the matter.

With the report now in Mkhwebane’s possession, Van Loggerenberg said the report is riddled with “lies, disinformation and fraudulent claims”.

Van Loggerenberg charges: “At this stage, it should be noted that the report fails to reflect on any facts and evidence registered by me on 25 August, 15 September and 29 September 2014 with the Inspector-General of Intelligence and completely relies on hearsay, vague, false and defamatory allegations …”

“I deny every single adverse allegation contained therein. I would suggest no person take it serious for any purpose whatsoever, redacted or not,” Van Loggerenberg added.