People of Alex are not living in inhumane conditions, Mashatile tells Alexandra inquiry

He adds that other communities in the city are also struggling with the impact of a lack of decent infrastructure. 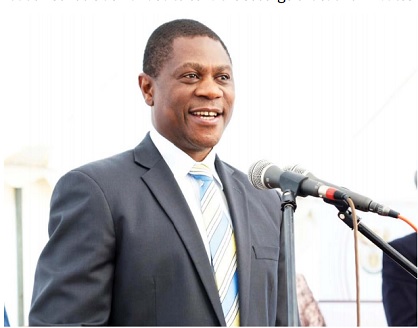 ANC treasurer-general Paul Mashatile has said Alexandra residents are not living in inhumane conditions, although he acknowledged that the area had challenges.

Mashatile was speaking at the Alexandra inquiry on Tuesday in Parktown, Johannesburg, where the South African Human Rights Commission (SAHRC) and office of the public protector are probing what happened to funds allocated to the Alexandra Renewal Project, following protests there earlier this year.

Alexandra residents had raised concerns that R1.3 billion, which had been set aside for the 2001 project, had been squandered.

Mashatile told the inquiry that he believed the government and all organisations involved in improving the township did, and continued to do, their best to develop the country.

He said this was evident from the infrastructure and other resources that were made available to the township after the implementation of the project from 2001.

“Having been to Alexandra recently, I know that there are decent spaces. But there are also spaces that require urgent attention, where you have spillage of sewage and the system cannot take the pressure.

“I wouldn’t agree that any of our governments violated human rights in Alex. I think they are trying their best,” Mashatile said.

He added that other communities in the city were also struggling with the impact of a lack of decent infrastructure.

The province’s former housing MEC also told the inquiry that he did not think anybody should be accused “intentionally or otherwise, [of] violating the rights of the people”.

He said the government, with limited resources, continued to do its best to improve conditions of townships and other urban areas, including those in Alexandra.

During his tenure as MEC, between 1999 and 2001, Mashatile was one of the stakeholders closely involved in the implementation of the project.

He told the inquiry he believed the work they had done did not call for any doubt.

When SAHRC Gauteng manager Buang Jones asked Mashatile how he would like to be remembered for his role in the project, he said: “I want to be remembered as one of those who were part of a team that had the vision to be able to change that space for the better as part of what we were doing, looking at the whole of Gauteng.”

Mashatile added that he believed he was one of the pioneers who were committed to changing the living conditions for the residents of Alex.

He added that despite the progress he believes was achieved in improving conditions, there was still an opportunity to fix the challenges in the area.

He added that that would require government departments to work together, obtain more land to ensure the township was not overpopulated, and implement by-laws.