'Let's not deal with women as they are only victims, they are also contributors. We are equally guilty,' Deputy Minister of Social Development Hendrietta Bogopane-Zulu said. 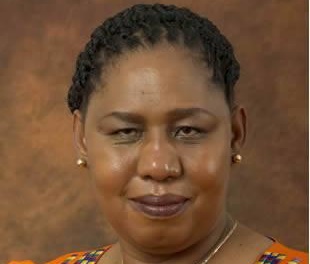 The Commission for Gender Equality has noted with shock Deputy Minister of Social Development Hendrietta Bogopane-Zulu’s comments on women being contributors of gender-based violence (GBV) and femicide.

“The commission finds this comment from a lawmaker, if it is true, to be very sad. Not only is she a custodian of the Constitution in a department that is supposed to lead the response to GBV, she missed an important opportunity to educate and reframe the narrative that positions women as responsible for the violence they endure,” it said in a statement on Monday.

This after News24 reported that during 16-days of activism, Bogopane-Zulu was speaking at a conference titled “Prevention of violence against women and girls in Southern Africa – from Evidence to Action” last Wednesday when she said: “Let’s not deal with women as they are only victims, they are also contributors.”

“We are equally guilty. We all contribute one way or another to the status we find ourselves in. We must take that into consideration when we create our programmes,” she added.

The commission said in a country where violence against women was at alarming proportions, the utterances by the deputy minister form a part of victim-blaming.

“Women continue to bear the brunt of violence. Many die, and those who survive experience long-term consequences that in many instances are lifelong. This in a country where violence against women has reached alarming proportions.

“The comments are a form of victim-blaming as they attribute gender-based violence equally to mothers as perpetrators of the violence perpetrated against them.”

The commission added Bogapane-Zulu’s utterances advanced the patriarchal idea victims were to blame for the violence they suffered at the hands of men without questioning why women currently bore a disproportionate burden of raising children alone in South Africa.

“We have to guard against conflating healthy emotional expressions such as anger in adults, including children, [as there is a lot in this country to be angry about] and criminal conduct such as femicide.”

The commission has been conducting hearings that “revealed systemic and structural failures within various departments including the failure of the Department of Social Development to take the lead in victim-centred approaches to gender-based violence and victim empowerment programmes.

“It would be prudent for the department and deputy minister to take proactive action in relation to the issues raised by the commission in its hearings.”

The commission was established in terms of Section 181 of the Constitution of the Republic of South Africa in order to promote respect for gender equality and the protection, development and attainment of gender equality.