Drivers 'should refrain from using cellphones while driving, not speed, refrain from reckless overtaking and ensure their vehicle is roadworthy'. 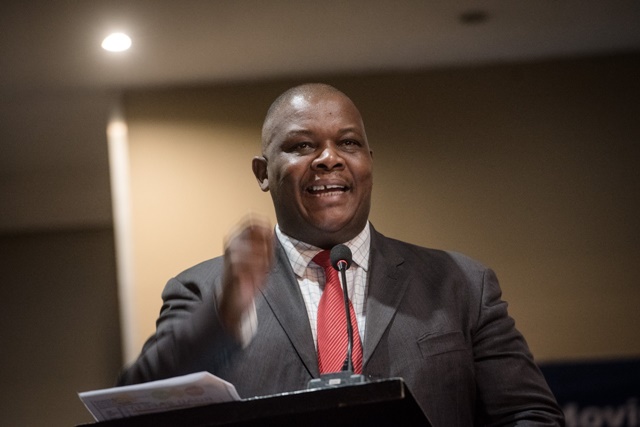 Fatalities on our roads can be reduced if road users change their attitude and behaviour on the road, Gauteng Transport MEC Jacob Mamabolo said during a road safety campaign on Friday.

“We are appealing to motorists to change their conduct on the roads to assist us in drastically reducing road fatalities. They should refrain from using cellphones while driving, not speed, refrain from reckless overtaking and ensure their vehicle is roadworthy,” he cautioned.

Mamabolo was speaking at the launch of Hlokomela-Ndlelanhle, the province’s road safety campaign, a partnership between the provincial government and Gauteng’s major minibus taxi associations, the South African National Taxi Council (Santaco) and the National Taxi Alliance (NTA).

The campaign sprung into action on the N12 and Grasmere Toll Plaza on the N1, south of Johannesburg, where the MEC and taxi leadership interacted with motorists, encouraging them to observe and adhere to the rules of the road.

The initiative is a result of the resolutions emerging out of the Provincial Taxi Summit held in July.

“Following the summit, a Memorandum of Understanding was signed by the department and the associations for the taxi industry to assume a leadership role in spreading the message of road safety in the province,” spokesperson Melitah Madiba explained in a statement on Friday.

The MEC further revealed that the department had also entered into an agreement with Gerotek, a subsidiary of Armscor, to introduce advanced driver training in the taxi industry.

“This is the first step in our efforts to change driver behaviour on our roads. We have decided that the taxi industry, as a major people mover in our province, should lead the programme to reskill our drivers.

“We have come to a realisation that there are weaknesses in driver training and advanced driving is a major step towards improving the driving skills on our roads,” he said.

The campaign will continue on Saturday, along the N1 and N4 in the northern parts of the City of Tshwane.

“In the coming weeks, we will be in every corner of the province spreading the message of road safety,” Mamabolo added.

Santaco said it fully supported the campaign and thanked the department for its efforts.

“The association is embarking on a number of rank activations to reinforce the road safety messages to drivers,” the taxi council’s spokesperson Midday Mali said.