Jaco Kriel: You can’t be scared to play rugby

The returning Lions darling is back at Ellis Park after no 'hard feelings' from Johan Ackermann, but he still has a personal journey to make before playing again. 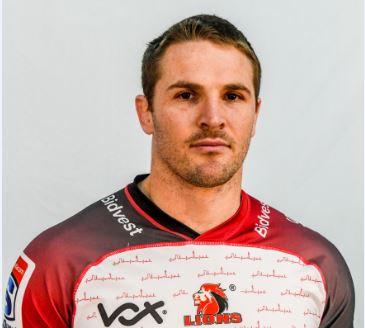 Jaco Kriel has the next three or so months to make a very important mental shift.

There was a lot of fanfare when the bustling flanker’s return to the Lions this week was announced, as various supporters and observers noting how vital his experience will be for a time of transition in South African rugby.

However, the Ellis Park faithful won’t be seeing him until at least April, when his rehab from a “delicate” ankle injury is expected to be complete.

It allows him to answer a golden question to himelf: Does he risk giving his all despite a battered body? Or does try to prolong his frame by finding more of a balance?

“It’s really a tough situation,” the 30-year-old said on Tuesday during a training session at Joburg Stadium.

“It feels like I’m back to that first big shoulder op of mine (in mid-2017) and the injuries just never stopped.

“I believe I had the wrong mindset at times. You can’t be scared to play rugby. You have to give it your all. And it’s rugby, it happens and it’s part of the game.”

What is undeniable though is that Kriel had a desperate to be exposed to familiar surroundings. He joked that “portion control” in England invariably left him a bit hungry still, while the UK’s notoriously depressing weather certain didn’t provide any consolation for making a measly 20 appearances in two years for Gloucester coach and mentor Johan Ackermann.

There weren’t any hard feelings from the man who made him a Springbok and brought him to Kingsholm Stadium.

“Yeah, a young generation we don’t listen to a few reservations, like the weather. We want to learn the hard way,” said Kriel.

“Coach Ackers and I had a very long conversation. I just told him that I need to go where I’m happy. He told me we’ll be lifelong friends and and wants me to be happy. More importantly, he wants me to be the best rugby player I can be.”

The man from Standerton’s arrival at Ellis Park was quite swift, leading to speculation that some sort of dangling carrot offered to him, most likely the captaincy.

“Leadership was mentioned, but I was open with them. I had a lack of game-time over the past three years. I need to start playing matches again and then there can be decided if I’m a candidate. I need to earn respect again.”