According to the IJR's South African Reconciliation Barometer 2019, only 5% of people did not believe that apartheid was a crime against humanity. 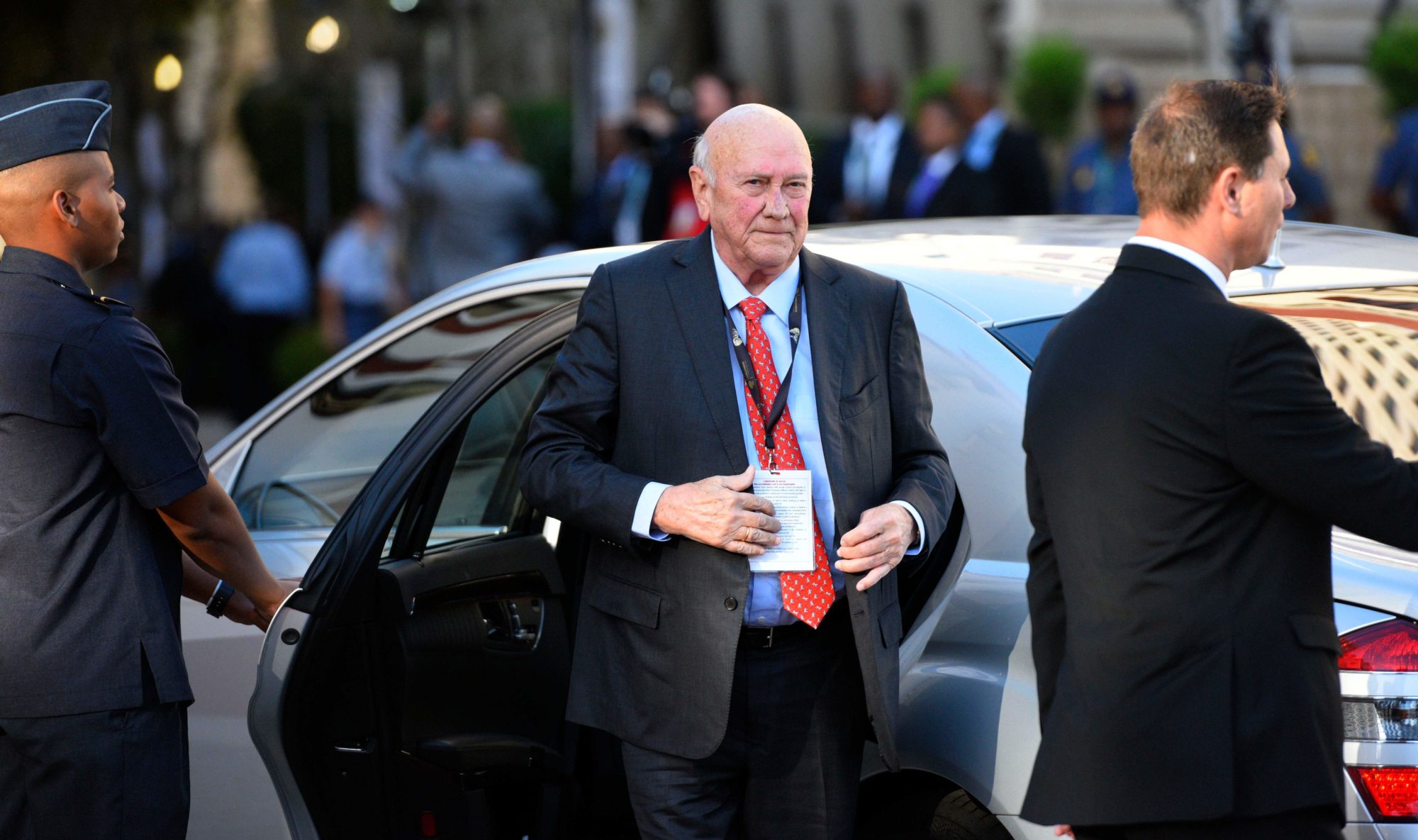 Even though the FW de Klerk Foundation has officially apologised and agreed that apartheid was a crime against humanity, the damage has been done and the retraction of its initial statement takes the country nowhere.

This is according to the Institute for Justice and Reconciliation (IJR) and the Nelson Mandela Foundation (NMF).

“It is unfortunate that such a view has been expressed by former deputy president De Klerk. His public position gives credence to those who hold this view and gives license to them to express the same,” said IJR project leader Sam Kambule on Tuesday.

According to the IJR’s South African Reconciliation Barometer 2019, only 5% of people did not believe that apartheid was a crime against humanity.

“What we are dealing with is a small minority of people who are in denial about what the system of apartheid was and the lasting impact it has had on our society,” said Kambule.

She said a public dialogue was needed to take the conversation forward and to address the continuing legacy of apartheid.

“… it is far more important to look at practical ways to reconcile and to achieve much needed justice for those who have and those who continue to suffer from the effects of apartheid. We are a country in transition and reckless statements from people who should know better are not useful.”

She said De Klerk should keep in mind that one of the key principles of transitional justice was “truth-seeking and truth-telling”.

In a statement released by his foundation on Monday, De Klerk said he had taken note of the angry reaction to the statement that had insisted that apartheid was not a crime against humanity.

“I agree with the Desmond and Leah Tutu Foundation that this is not the time to quibble about the degrees of unacceptability of apartheid. It was totally unacceptable,” he said.

“The FW de Klerk Foundation has accordingly decided to withdraw its statement of February 14 unconditionally and apologises for the confusion, anger and hurt that it has caused.

“It also agreed that apartheid was indeed a crime against humanity, as defined by the International Criminal Court.

NMF CEO Sello Hatang welcomed the retraction and statement, but believed more needed to be done.

“We believe that this kind of statement [the retraction and the apology] does not take us anywhere in terms of the nation-building, reconciliation path that Nelson Mandela put us on, but also in tackling the difficult systemic issues the nation is dealing with,” he said.

Hatang said there was a rise in racism and the denial of crimes such as apartheid.

“If we are to do anything right, [we need to] continue to engage [these kinds] of forces with a view of ensuring that we can help transform our nation into one which sees the woods for the trees.”

NMF spokesperson Luzuko Koti said they wanted to meet with the FW de Klerk Foundation at some stage to have a broader conversation about the systemic problems that the country faced.

“Our thinking really is about how do we all collectively find some sort of common space through which we can engage on deeper problems.”