Sweat's Megan Lessing said they could not fathom why Robyn Montsumi would end her own life while in custody, as the police claimed. 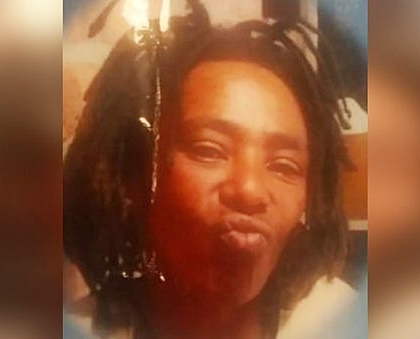 Yellow and white flowers adorned an arrangement of pictures and tributes to the late Robyn Montsumi who died while in police custody in Cape Town in April.

Maintaining social distancing and gathering protocols, friends took turns to step forward to say their final farewell after not being able to attend her funeral due to Covid-19 rules.

“There was never really a chance to mourn her,” said Megan Lessing, the communications officer for the Sex Workers Education and Advocacy Taskforce (Sweat).

“It was beautiful,” she added after Friday’s memorial.

“People had the opportunity to light a candle and talk about her. It was very emotional for a lot of them.”

Lessing described Montsumi as somebody who was aware of her rights, and was also teaching other sex workers and homeless people about theirs.

She said she was also outspoken about the controversy over the City of Cape Town’s Strandfontein camp for the homeless, adding they could not fathom why Montsumi would end her own life while in custody as the police claimed.

Lessing said they were keen for the Independent Police Investigative Directorate (Ipid) to finish its investigation into her death so they could get answers.

Ipid spokesperson Ndileka Cola saqid: “The matter is still under investigation. This office will definitely update you immediately [when] there are developments in this matter.”

Lessing said they were keen to get the results of the pathology and toxicology reports to piece together what happened to Montsumi as they found it difficult to accept she would have ended her own life.

The reports will also guide the SA Human Rights Commission and Commission for Gender Equality’s investigation into her death.

Sweat is joined by Sisonke, the National Movement of Sex Workers and Triangle Project in questioning the circumstances of her death.

Montsumi, 39, was arrested on 9 April on a charge of drug possession.

The organisations have also questioned why she was not released in terms of Covid-19 lockdown regulations, issued on 31 March, which state bail can be fixed for Schedule 2 offences to avoid having large groups of people in holding cells.

Her friends had spoken to her outside the police station while she was in custody as is custom outside many holding facilities that are within earshot of a public road.

On Saturday 11 April, she told friends, who had been talking to her outside the police station, she was not feeling well and was vomiting.

On Sunday, they went to the police station and saw an ambulance. They were told Montsumi had hanged herself.