'We have identified a piece of land that is empty and occupied it. Government has failed us as black people. They have promised us R350 and we have not received it.' 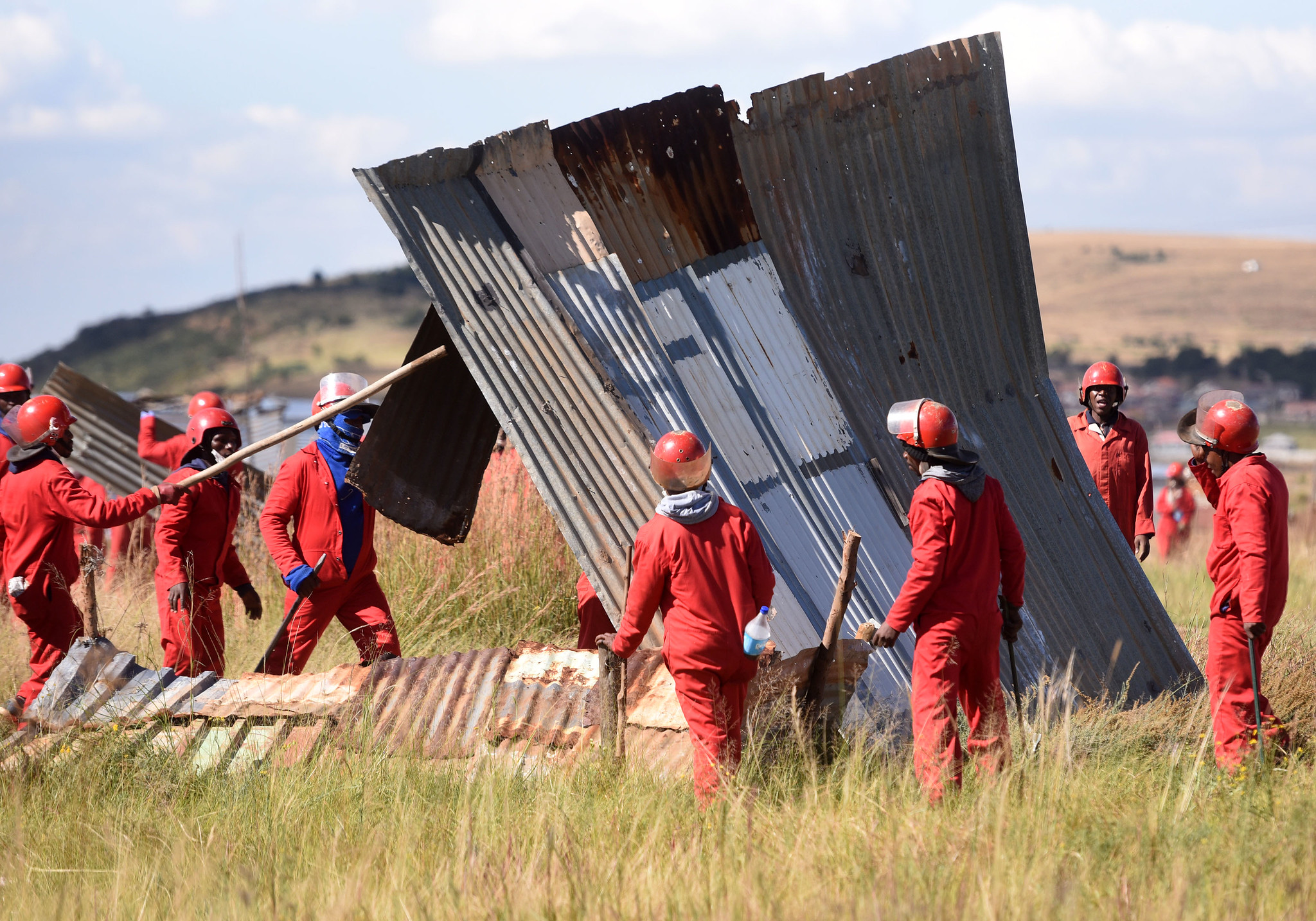 Picture for illustration. Shacks being destroyed at a squatter camp outside Ennerdale in Johannesburg, 16 April 2020, by Red Ants under the watch of JMPD on the 21st day of the national shutdown. Picture: Nigel Sibanda

Scores of people who had illegally occupied land in Elandsfontein, south of Johannesburg, say they will return to the site and start building again.

This is after law enforcement agencies, joined by soldiers and the Red Ants, moved in on Thursday to destroy shacks and remove wooden poles used to demarcate land they were planning to occupy.

Some of the land is on people’s plots, where the fencing has been removed.

A man who declined to be identified said they started occupying the land three weeks ago.

“We don’t understand why police are removing us. We have paid R250 to be here. There is no owner of this land. We have decided to occupy this land because it is vacant.

“We are stranded and don’t have land to build our homes. We are homeless and are ready to fight for our rights. I have paid money and was given a piece of land to build my home,” said the man.

Some residents have vowed to return to “their land” because they were homeless.

Another of the group, who identified herself as Julia, said she had been retrenched because of the Covid-19 pandemic and can’t afford to pay rent.

“I am not happy at all after our homes were destroyed. This is not fair for us as black people. We have been retrenched because of the coronavirus and are homeless.

“We have identified a piece of land that is empty and occupied it. Government has failed us as black people. They have promised us R350 and we have not received it, now they are here to evict us and what do they expect us to do?” asked Julia.

“White people live comfortably in their homes while black people are suffering in our place. White people didn’t bring land to this country. This is the third time our homes are destroyed.

“Where must we stay? Must we go into homes and steal? This is painful for us on the ground. (President Cyril) Ramaphosa is living large while we voters are suffering,” Julia said.

Midvaal Mayor Bongani Baloyi said some of the property owners obtained a court order against the occupiers.

Baloyi said part of the land, which is government-owned, was earmarked for an economic development corridor that would create jobs.

Baloyi said they would never tolerate land occupation along the lines of what happened in Zimbabwe.

“They have been trying to get authorities to act against land grabbers. They followed all the requirements dealing with land grabbing. There are about 15 to 20 plot owners that have been affected.

“There is a syndicate taking place that recruits labour from nearby areas to clean the build, erect structures and rent them out to people who need land. There is a court order obtained by property owners preventing people from stealing their land,” said Hemmes.