'In court papers, the National Treasury has even gone so far as to say that it would be 'immoral' to honour government's public sector wage agreement.' 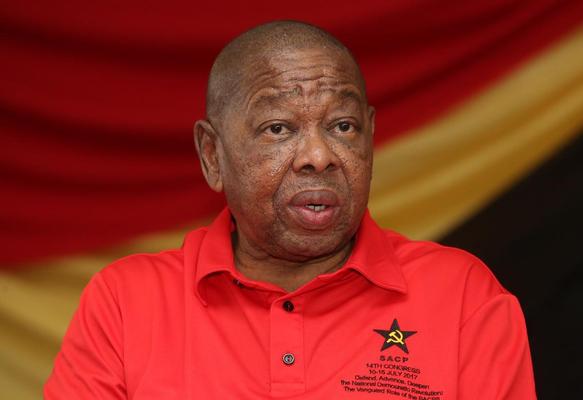 The SACP criticised National Treasury and accused it of standing in the way of addressing the systemic features that underpinned the country’s corruption pandemic.

SACP general-secretary Blade Nzimande said there were forces that continued to cling to an increasingly discredited neo-liberal style fundamentalism within National Treasury and the SA Reserve Bank.

“In court papers, the National Treasury has even gone so far as to say that it would be ‘immoral’ to honour government’s public sector wage agreement.

“In the midst of the Covid-19 pandemic and huge economic and social distress, the South African Reserve Bank has been prepared to inject significant liquidity into the private banking oligopoly, but declined to provide a stimulus liquidity into public financial institutions like the Development Bank of Southern Africa and IDC Industrial Development Corporation of SA.”

Nzimande said President Cyril Ramaphosa’s well-intentioned stimulus package was barely a stimulus at all – but largely represented the re-jigging of existing budgets by de-funding many existing government programmes, thanks to National Treasury.

“While the SACP commends the consultative approach undertaken by President Ramaphosa, particularly through Nedlac, in preparing an economic turnaround plan, we fear that many excellent ideas ranging from a universal basic income guarantee.

“A major social and economic infrastructure programme, to a massive expansion of public employment programmes, will either not take off, or will be so constrained by fiscal austerity, that they will fail to have the necessary strategic transformational impact,” he said.

Unlike its alliance partners in Cosatu, the SACP said Ramaphosa should not be blamed for the snail’s pace the war on corruption was moving at.

Nzimande said Ramaphosa had placed his own reputation on the line in the fight against corruption.

“We cannot leave it to the president alone. The fact that now we have a president [who] has come out and NEC coming clear, should be a clarion call to us as allies and South Africa, to say let’s all stand up and not throw stones at each other.

“Let’s not throw stones, let’s mobilise to support the president,” he said.

Ramaphosa was criticised by Cosatu for being “confrontation averse” in the war against corruption within the ANC ranks.

Its general-secretary, Bheki Ntshalintshali, said while it welcomed Ramaphosa’s push back against corruption, it could only judge the results and not the intentions.

He added aggressive prosecution was the only dependable vaccine to cure the virus of corruption – not speeches, letters, or public proclamations.

“President Ramaphosa will not win the fight against corruption if he continues to be confrontation averse – he needs to start swinging a big axe if he wants workers to trust and believe in him.

“Half the purpose of the criminal justice system is deterrence, so law enforcement agencies need to target corrupt CEOs, senior managers, and politicians and send them to prison.

“Ramaphosa needs to know that workers remember his brave new frontier talk during his campaign for the presidency and those are the standards by which he is measured.

“Workers feel that the president who campaigned in poetry is governing in prose and they are not impressed.

“The president must stop negotiating with criminals and use the only language they will understand, which is prosecution and imprisonment,” Ntshalintshali said.

This was the first time Cosatu had shown signs of a lack of confidence in Ramaphosa since he was elected ANC president.

The trade union federation was his strongest ally in his campaign for party president leading up to the watershed Nasrec conference.