The reason that led to the scuffle remains unclear. 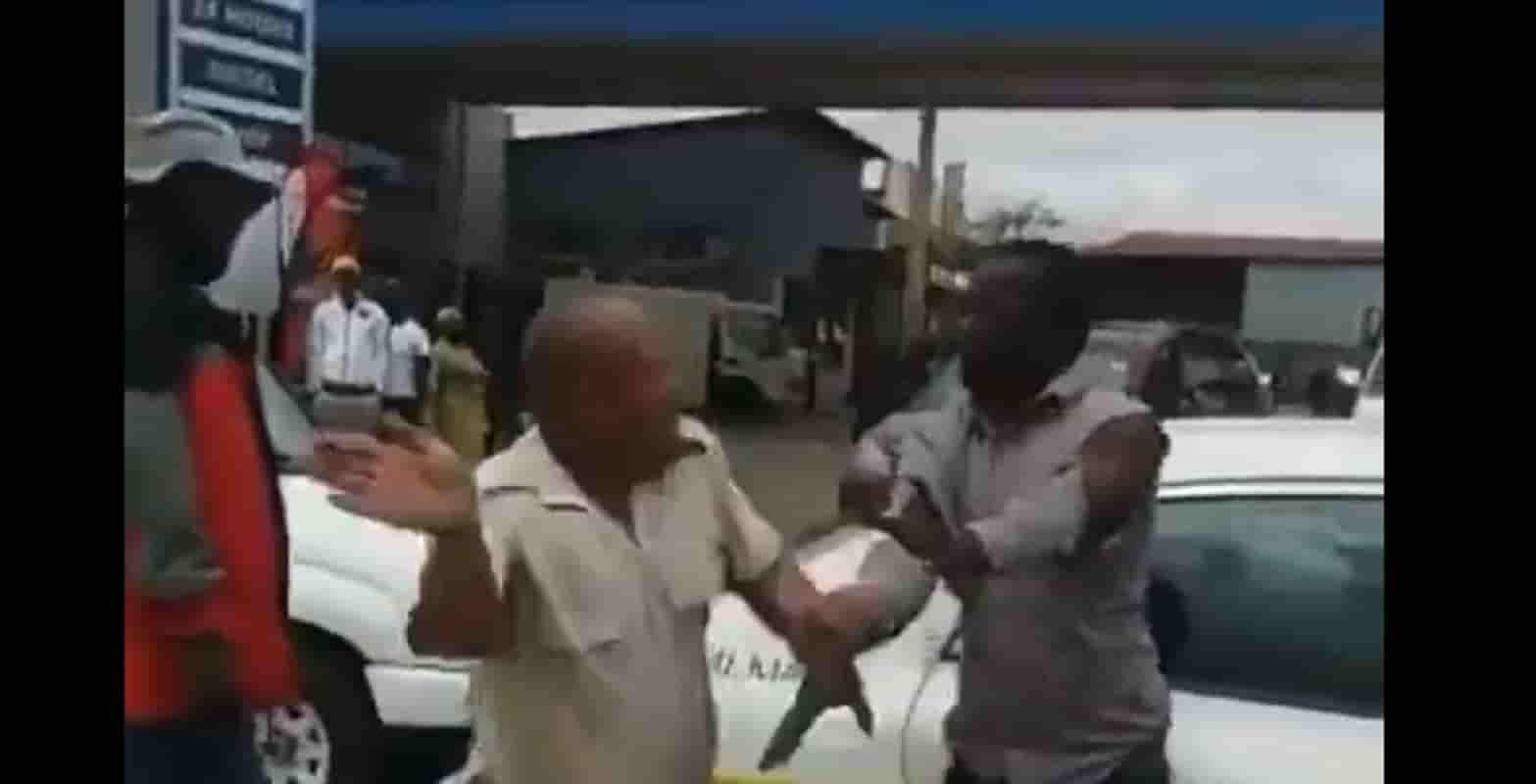 The Makhuduthamaga Local Municipality has launched an internal investigation following an incident of a traffic officer assaulting a citizen near a petrol station in Jane Purse, Limpopo, on Saturday.

The traffic officer is also heard saying “wa telela, wang ntlwaela“, which suggests that he may received or felt disrespected. The altercation allegedly started after the traffic officer pulled over the man for drunk driving.

According to the Makhuduthamaga Local Municipality’s spokesperson Lemson Moropjane, an investigation has already under way.

“The incident is still under an internal investigation, so we cannot comment on what exactly led to the altercation or who started it,” Moropjane told The Citizen.

“The municipality has not yet decided what action will be taken against the traffic officer. However, we’ll see what happens once a report on the incident is completed.”

Meanwhile, Twitter users seem to be divided on whether the incident was “unlawful” or not, with some users calling for the traffic officer to be suspended.

See the tweets below:

Suspension won’t be enough. He must also be arrested. Watelela yena self. This is indeed power abuse. pic.twitter.com/37AzD4zmM7

It may seem like it but you can see the guy doesn’t want to get arrested and he doesn’t seem sober. Now we want to blame the cop for an abuse so let’s think before we blame the cop. But I’m not saying that he is right.

Whatever this guy has done does not deserve this. If he was white, this wouldn’t have happened and this proves the disregard that even we as a black people have for each other.

Assault…? What happened before the slaps?

I hate police brutality but it would be very fair if maybe we can know what started it all. pic.twitter.com/987dHdaQYt

Since it won’t be
‘Black lives matter” what do we call this? and if I apply self defence I might get shot, so what do I do? @SAPoliceService please advice since you know the law better?

Is it me or this guy is not sober.