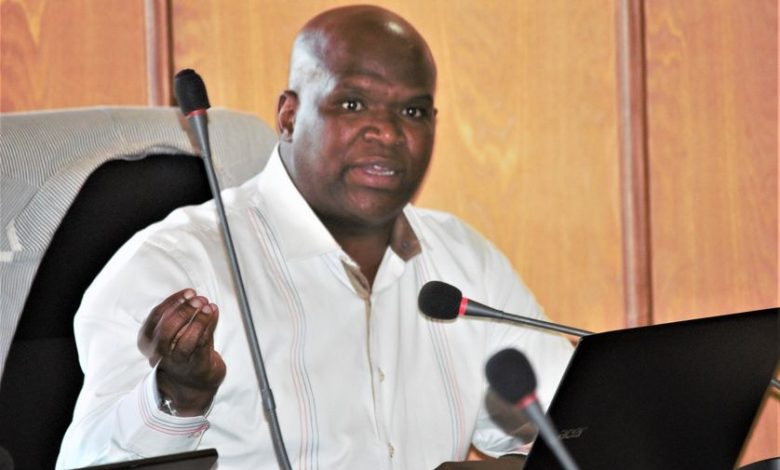 Since police have completed an investigation against the Emfuleni local municipality chief financial officer (CFO) on alleged abuse and threats of violence against a former acting executive mayor, pressure has been growing from the business sector and within the municipality for his arrest as other complaints against him come to light.

It emerged on Tuesday that former acting executive mayor, Khethiwe Ntombela, obtained a protection order against the Emfuleni CFO, Andile Dyakala, following the laying of criminal charges against him on 18 October.

The police docket on the Ntombela case has now been referred to the National Prosecuting Authority (NPA) but other complaints against Dyakala have surfaced.

Vanderbijlpark police on Tuesday confirmed they had investigated Dyakala on an intimidation charge laid by Ntombela on 18 October, and that a docket had been submitted to the NPA for a decision.

Both Ntombela and Dyakala had been interviewed regarding the case, said Vanderbijlpark police spokesperson captain Teboho Lephoto.

He did not comment on whether Dyakala would be arrested or not.

In a further development, complaints of a sustained abuse and dirty tricks campaign, allegedly by Dyakala against leading business leaders over the past year, have also been made by the Golden Triangle Chamber of Commerce (GTCoC).

Emfuleni municipal manager Lucky Leseane declined to comment, saying the complaints were being handled through due process.

“Anyone who heard the voice notes on social media by Dyakala allegedly abusing Ntombela would see such intimidation as a serious threat to especially women – he should be arrested immediately and denied bail so that justice can take its course without intimidation.

“The GTCoC has long wanted Dyakala suspended by the municipality for gross negligence and maladministration even before this incident because he has destroyed not only the revenue stream of the municipality but also created the debt crisis with Eskom and smart meter service provider BXCSA.

“Dyakala and former acting municipal manager Oupa Nkoane have also created an extremely abusive management culture within the municipality and towards ratepayers and service providers in which every Emfuleni official only looks after themselves,” said GTCoC chief executive, Klippies Kritzinger.

Ntombela, whose term as acting executive mayor expired last Friday, spoke out for the first time.

“I have been traumatised by these threats to the extent that I have been experiencing sleepless nights,” said Ntombela.

This article first appeared on Sedibeng Star and was republished with permission.