Some staff at the hospital are aggrieved at the intervention taken by the department of health, following numerous cases of mismanagement. 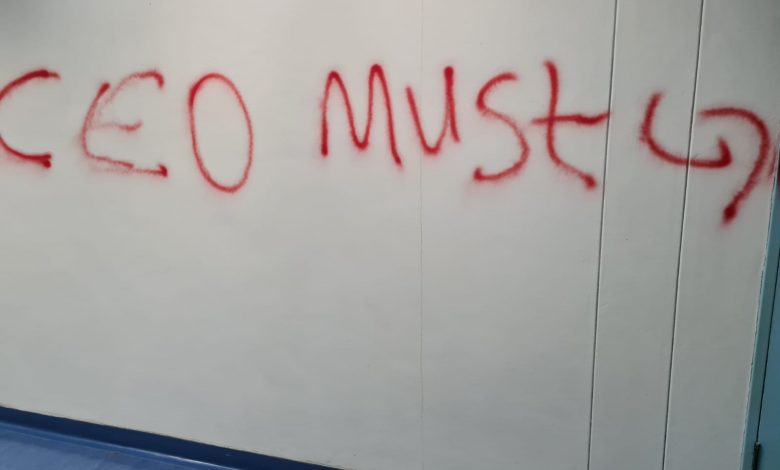 It is alleged that angry workers stormed into the CEO’s office and demanded that he and the HR manager vacate the hospital premises.

The CEO’s office was vandalised in the process, and a threatening message was left on the walls.

Tshabalala says a team of officials from head office has since been deployed to investigate the incident.

He has pleaded with aggrieved workers to desist from taking the law into their own hands, but rather follow established grievance management protocols so that their issues could be properly addressed. 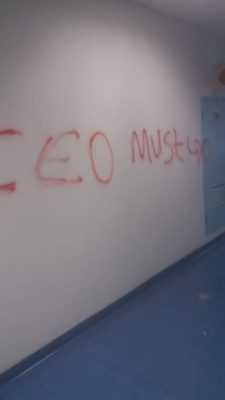 According to sources at the hospital, some staff are aggrieved over the intervention of the department of health following numerous cases of mismanagement.

Matters came to a head during lockdown when a high-level probe resulted in several suspensions and the appointment of a new acting CEO.

“The protestors want staff sent from the district office to be removed – that is the acting CEO, acting systems manager and the HR manager. The managers they want removed are the managers who are cleaning up and tackling the problems.

“Our CEO was shoved around, had water thrown at him and they were threatened and told to leave. This was really scary and many patients witnessed the ordeal,” said a staff member at the hospital. 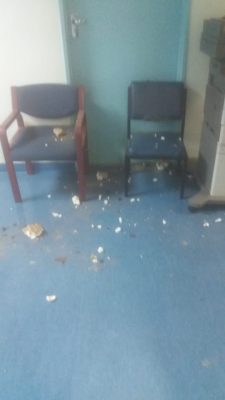 This article first appeared on Capital Newspapers and was republished with permission.