Wednesday, 25 November, marks the start of the annual 16 Days of Activism against gender-based violence and femicide (GBVF) campaign.

It is also the day South Africa lowers the national flag to half mast as the country embarks on five days of mourning for the victims of the Covid-19 pandemic.

Deputy President David Mabuza called on citizens to wear a black armband or ribbon, adding that as Covid-19 continues to be part of our lives, we”should continue to be vigilant, and ensure that we continue adhere to Covid-19 protocols”.

During the five days of mourning, The Citizen brings you a collection of articles that looks back at the 243 days since South Africa declared a lockdown and our lives changed forever.

We will also tell the stories of the front line health workers who put their lives on hold for months, the tales of Covid-19 and GBVF survivors, as well as where we stand with potential vaccines.

As we remember those who the virus has claimed, let us also celebrate those who fought tooth and nail for their fellow citizen. Over the course of the last six months, the Covid-19 pandemic and gender-based violence (GBV) have together claimed more than 21 000 lives in South Africa.

According to the Department of Health’s latest data, a total of 20 968 people in South Africa had as of Monday died from Covid-19 since it reached the country’s shores at the beginning of March.

The police’s latest crime statistics for the first and second quarter of the current financial year show there were at least 23 rape-related murders between April and September and a total of 274 domestic violence-related murders over the same period. 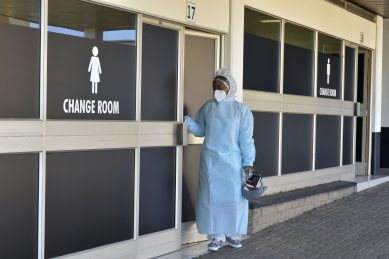 The government’s handling of the hard lockdown restrictions to curtail the spread of Covid-19 was far from perfect but experts agree that shutting down the country was necessary, or the number of deaths could have been higher.

Dr Glenda Davison, associate professor and head of the Biomedical Sciences Department at Cape Peninsula  University of Technology in Cape Town, said the main purpose of the hard lockdown in March was to slow down the
spread of Covid-19 to give government and the healthcare sector the time to prepare.

“This, although far from perfect, was achieved. Field hospitals were built, the number of [intensive care unit] beds were increased and [personal protective  equipment] was ordered.

“We do know there were problems but I do believe that without the lockdown, the number of deaths would have been far higher.” A healthcare worker conducts an antigen rapid test for COVID-19 during a mass screening for coronavirus to test 25 percent of the population in Burgos, northern Spain, on November 21, 2020. – Photo by Cesar Manso / AFP)

It has been more than five months since Calis Bruckmann tested positive for Covid-19 and the industrial designer, 29, is still grappling with the after-effects.

Bruckmann tested positive for Covid-19 in June. When The Citizen first spoke to him in July, about four and a half weeks later, he was still struggling with a headache, ringing in his ears and general fatigue. This week, he was doing better – but only somewhat.

Phillip Duncan, a 46-year old former school hockey coach returned to his Roodepoort home after a long visit to Cape Town in early March, feeling under the weather.

An avid runner and hiking fanatic, Duncan didn’t suspect that his lower energy levels and mild migraine was linked to the Covid-19 pandemic which had already spread to South Africa.

Duncan had to swap his dumbbells for a yoga mat, and stick to a lighter regime. Permanent damage to his lungs meant that running, for even shorter distances was a mammoth task. Nerve damage he suffered during the illness means he may never taste or smell again. A man, a resident of the sprawling township of Alexandra in Johannesburg, opens his mouth to receive a testing swab for COVID-19 coronavirus at a screening and testing drive in front of the Madala Hostel, on April 27, 2020. (Photo by MARCO LONGARI / AFP)

According to the latest Covid-19 test results, 14 out of 100 tested patients came back positive, a figure significantly higher than when the country had reached its peak in July, said experts.

As of Tuesday afternoon, the country stood at 769 759 cumulative confirmed cases, with 2 080 new infections recorded out of the 14 377 new tests. This meant a 14% positive rate, a figure which Health Minister Zweli Mkhize said was of concern.

Experts say a below 10% positivity rate was more ideal but the increase appeared to have been due to the country moving to Level 1 lockdown, said Professor Glenda Davison, the head of biometric sciences department at Cape Peninsula University.

This figure was high compared to when the country was at its peak in July when an average 9% positivity rate was recorded, said South African Medical Research Council chief executive Professor Glenda Gray.

Could SA have a vaccine next year? 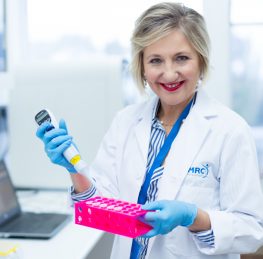 According to Gray, given that most of the trials South Africa was involved in were in their late stages, the next eight months could be enough time for the country to expect the first doses administered by next winter.

But bilateral agreements with other countries would also be a must, if South Africa was to get as many vaccines to as many people as possible in the country. The hard lockdown restrictions to curb the spread of the Covid-19 pandemic were not only poorly thought out,  unfortunate, and unconvincing, but experts say they also stirred resentment and undermined its intended purpose.

There has been heightened debate on the efficacy of lockdowns to curb the spread of Covid-19, with Pandemic Data and Analytics (Panda) coming out sharply against the wisdom on the lockdown.

But Stellenbosch University’s Dr Jo Barnes has slated the argument on whether the lockdown was efficient or not, saying the position taken by many, especially those linked to the economy or financial sector, tended to be simplistic.