Although news of prisoners receiving the vaccine in phase two of the rollout is not new, citizens took to social media after Monday's 'family meeting' to voice their discontent. 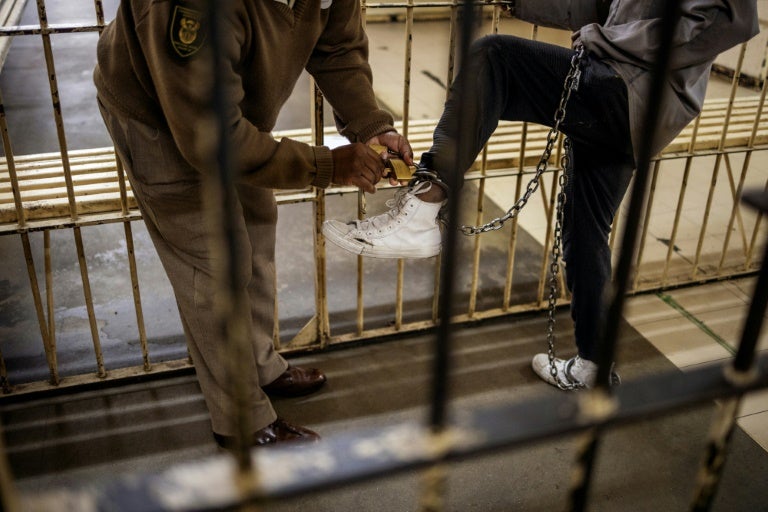 Many tax-paying citizens around the world have reacted to Covid-19 vaccine rollouts prioritising prisoners before residents, a strategy South Africa has also adopted.

In Monday night’s “family meeting”, President Cyril Ramaphosa confirmed that after healthcare and frontline workers receive their jabs, prisoners, as well as essential workers, those residing in old age homes, people over 60 and adults with co-morbidities will receive the vaccine.

This is phase two of the three-phase approach, expected to target around 16 million people.

Only in phase three will the remainder of the adult population, roughly 22.5 million people, receive vaccines.

ALSO READ: ‘It is vital that we do this together’ – Ramaphosa on SA’s Covid vaccine drive

Enraged citizens took to social media to voice their discontent over government’s decision, with the general sentiment indicating that law-abiding, tax-paying citizens have the right to receive their vaccines first, and that prisoners forfeited that right when they committed a crime.

So, criminals are favored ahead of law abiding citizens when it comes to the vaccine! Really????????? pic.twitter.com/2xLzp33Vq5

Agree that prisoners should lose their rights to vote the day they are convicted of a crime. They made a choice which sent them to jail. They should also be last on list of priority when it comes to vaccine. Law abiding citizens should have been at stage 3. POINT!

Why vaccinate kids who are least at risk?
Why vaccinate prisoners ahead of other law-abiding citizens, and at Joe Taxpayer’s cost?
Why so hell bent on vaccinating 60% of population with an inadequately-tested jab?
Who is paying #SAHPRA to approve untested vaccines?

@StephenGrootes here we go again #prisoners getting #vaccine before the victims, is it because we are left by prison hence their lives are more important than citizens? pic.twitter.com/h7oTP5Zya5

If vaccine is has side effects start with prisoners, fake pastors and corrupt politicians .

If it works 100% start with health workers, then senior citizens.

However, the news of prisoners receiving vaccines is not new.

Since last year, during a panel discussion on SABC’s Morning Live, Professor Barry Schoub explained that prisoners are at risk of spreading the virus fast, as they are confined to smaller spaces.

ALSO READ: EXPLAINED: Why do we not have a Covid vaccine yet in SA?

During a vaccine rollout presentation to the parliamentary committee on health, health minister Zweli Mkhize labelled prisons as “congregate settings”. Others included in this category are those working in educational institutions, as well as in the hospitality sector.

The World Health Organisation (WHO) has anticipated a reaction to the vaccine rollout, especially due to most adults without co-morbidities receiving their injections last.

“WHO believes that everyone, everywhere could benefit from safe and effective Covid-19 vaccines should have access as quickly as possible, starting with the at highest risk of serious disease or death.”

In May, 19,000 inmates guilty of petty theft were authorised to be released on parole to curb the rapid spread of the virus in prisons.

Those prioritised during this process had underlying health problems, were elderly, and were female offenders with infants.

Justice and correctional services minister Ronald Lamola said last year that overcrowding presented a significant challenge, due to the virus spreading so fast in closed spaces.