The three made a brief appearance in the Cape Town Magistrate's Court on Monday on charges of murder, attempted murder, extortion, kidnapping and intimidation. 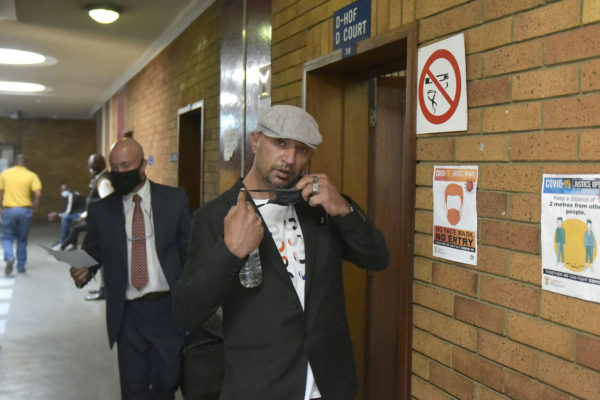 The National Prosecuting Authority (NPA) on Monday said more accused may be added in the cases of Cape Town’s alleged underworld boss Nafiz Modack and his co-accused, Jacques Cronje and Ricardo Morgan.

The three made a brief appearance in the Cape Town Magistrate’s Court on Monday in connection with the murder of anti-gang unit section commander Charl Kinnear, the attempted murder of criminal lawyer William Booth and counts of extortion, kidnapping and intimidation.

The Modack group is infamously blamed for the surge in extortion rackets in the city and its expansion into Khayelitsha and other townships.

“There are three different charges, where all three accused are involved, then two of them are involved and then one is involved,” Natabazalila said.

“In the first three, Nafiz Modack, Jacques Cronje and Ricardo Morgan are charged with intimidation, kidnapping, extortion, money laundering and contravention of the Electronic Communications Act,”

“Then Modack and Morgan appeared on their own in another case which relates to the attempted murder of Cape Town lawyer William Booth in which they are charged with conspiracy to commit murder, attempted murder and illegal pinging.

The case against alleged underworld boss Nafiz Modack, and co-accused, Jacques Cronje and Ricardo Morgan, who were arrested last week, has been remanded to the 7th of May. For more details @Artii_M speaks to NPA’s Eric Ntabazalila.

“Then Modack appeared on his own in three other charges. He is charged with reckless driving, resisting arrest and attempted murder. All cases have been postponed to Friday when all parties will discuss issues of bail. There are more charges that are likely to be added on the charge sheet, as well as more accused.”

The case has been remanded to Friday, 7 May.