Investigation into the department of health’s contracts valued at more than R82 million is still under way. The SIU, together with department of public works and infrastructure, launched the Infrastructure Built Anti-Corruption Forum in Cape Town on Monday.

The unit was established in effort to fight fraud and corruption in the construction sector.

IN PICTURES: The SIU together with Department of Public Works and Infrastructure today launched the Infrastructure Built Anti-Corruption Forum in Cape Town to fight fraud and corruption in the construction sector. pic.twitter.com/rdWMRDmaAU

Speaking at the launch, SIU head Andy Mothibi indicated that the investigation into the department of health’s Covid-19 contracts valued at more than R82 million is still under way.

“The allegations were that there were irregularities in the procurement of services by the national department of health of a certain company that was provided to do the communications work there.

Mothibi further said that the SIU cannot disclose the details of the investigation at this stage due to legal risks, Jacaranda FM reported.

Mothibi says investigations into the corruption allegations against Health Minister Zweli Mkhize are at an advanced stage.

Mkhize is accused of having a hand in irregular procurement processes in a Covid tender. pic.twitter.com/kigC11ZsYi

In February this year, a report by the Daily Maverick’s investigative unit, Scorpio, emerged in the public, which unearthed that communications company Digital Vibes appointed Mkhize’s long-time personal spokesperson and his former private secretary as a consultant to work on its projects for the department’s communication services on Covid-19.

The KwaZulu-Natal-based company was initially appointed in late 2019 through a contentious closed tender to provide communications services for the government’s National Health Insurance (NHI) roll-out.

However, when South Africa went into lockdown in March last year, Digital Vibes’s services were reportedly extended to include communications services for Covid-19.

In 2018, the company was also awarded a contract from the department of cooperative governance and traditional affairs (Cogta) when Mkhize was its minister.

After Digital Vibes won the NHI contract, the company also appointed Naadhira Mitha – a former assistant private secretary in Mkhize’s office when he was Cogta minister. 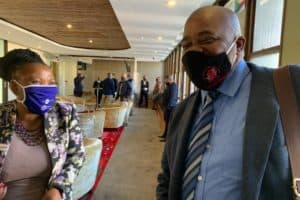 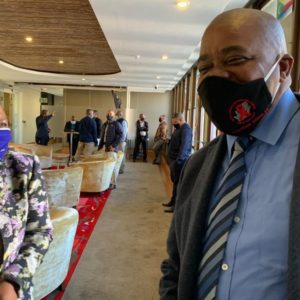