Breastless breastmilk coming soon to a baby aisle near you!

US biotech firm says it has created a product that contains all the same nutrients as real mother's milk in a lab. 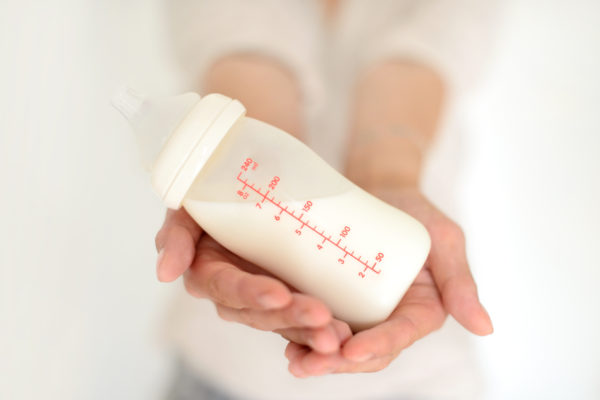 Mothers who are unable to breastfeed their babies have something to look forward to, with American biotechnology firm Biomilq this week announcing it had managed to create human milk from mammary glands, without the need for actual mammaries.

The company says it managed to synthesise the breastmilk production process, creating a product that contains all the same proteins, carbohydrates and other components of breast milk, making it nearly indistinguishable from the real thing.

In a released published this week, UC Davis human milk researcher and Biomilq technical advisor Dr Jennifer Smilowitz said: “We’re a huge step closer to empowering parents with another infant feeding option, one that provides much of the nutrition of breastmilk with the practicality of formula.”

Biomilq co-founder and chief science officer Dr Leila Strickland, a cell biologist who started on her path to creating synthetic breastmilk after struggling to breastfeed her own children, says: “Our core hypothesis has always been that milk is greater than the sum of its parts, which all work together as a dynamic system. Our latest work demonstrates that much of the complexity of milk can be achieved by replicating the intricate relationship between the cells that produce it and the conditions they experience inside the body during lactation.”

Strickland has been growing mammary cells in a lab since 2013 and partnered with food scientist Michelle Egger in 2019 to launch the company.

The process by which the milk is created is described on their site as starting with collection of a breast tissue sample from the specific mother.

These cells are then cultured and duplicated until they can create milk on their own outside the mother’s body. When the milk is finally ready, they harvest it, bottle it and send each mother and baby a unique milk package,

On the breakthrough, the company says: “Biomilq has shown it can create a product that contains a comprehensive suite of human milk proteins that not only function to nourish but also protect infants.”

This, it says is because Biomilq, unlike infant formula, also contains polyunsaturated fatty acids known to have anti-inflammatory qualities, that promote and sustain healthy development.

Though the product doesn’t contain any anti-odies, which babies gain from their mothers via breastfeeding, it contains human milk oligosaccharides and other nutrients which supports immune development as well as mental development.

The company is also careful to warn that while it may be much closer to breast milk than formula, it is not 100% bio-identical to mother’s milk.

“Hormonal changes, baby’s cues, skin-to-skin contact and environment all affect the dynamic complexity of breastmilk. Our product will not display the real-time composition dynamics that occur during feeding in response to the intimate relationship between mother and child and their unique environment.

“But, because Biomilq’s product is produced outside the body in a sterile controlled environment, our milk will be free from environmental toxins, food allergens and prescription medications that are often detected in breastmilk.”

The company is in the first trimester of product development and hopes to have the product commercially available soon.