Hulking Hogan out to improve

Victor Hogan is eager to build on his impressive form at the World Athletics Championships when he turns out at the Diamond League meeting in Stockholm tonight. 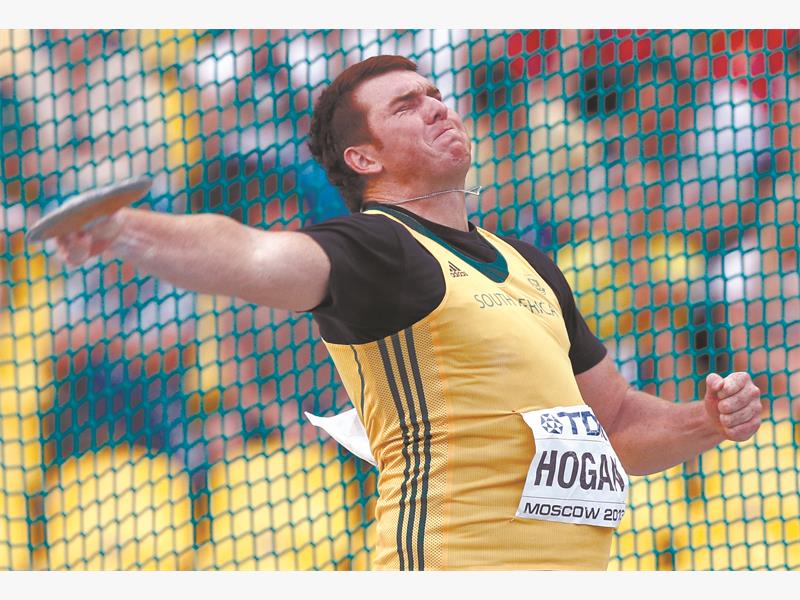 OUT TO PROVE A POINT. South African discus sensation Victor Hogan looks to improve on his surprise fifth place finish at the World Championships at the Diamond League meeting in Stockholm tonight. Picture: AFP

Hogan, the second best performer in the SA team behind 1 500m bronze medallist Johan Cronje, was fifth in the men’s discus throw final in Moscow. And though he hopes he can live up to the expectation after springing a surprise at the global showpiece, the 24-year-old is already satisfied with his efforts this season.

“I have to show that I’m on that level and I have to stay on that level, but I’m happy with my performance in Moscow and I think I performed where it mattered the most.”

Ranked 19th in the world this year, Hogan is up against a strong field in Stockholm, which includes three of the four men who finished ahead of him at the world championships. And while he fell ill after he turned out in the final in Moscow, he refuses to lean on that if he fails to continue his steady improvement this evening.

“I picked up flu back in Russia, with the heat and then the air-con, so I haven’t thrown since the final.

“I just want to get better, which I think is more important now for my future, and I won’t use it as an excuse. I’m here and I’m ready.”

Meanwhile, Sunette Viljoen and Khotso Mokoena will hope to bounce back tonight after relatively disappointing performances in Moscow.

Viljoen, who was sixth at the global spectacle, will turn out in the women’s javelin throw, and Mokoena, who was seventh at the world championships, will compete in the men’s long jump.