The presidency says the deputy president is merely doing a follow-up to previous medical consultations. 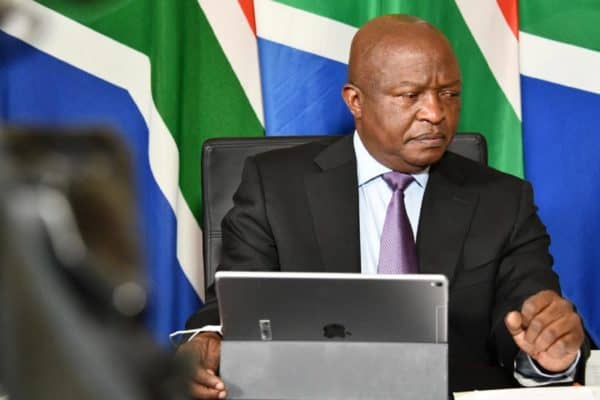 The Presidency has announced that Deputy President David Mabuza requested to take leave for a few days.

In a statement released on Saturday, Mabuza’s absence is for a “medical consultation” in Russia.

“The Deputy President will continue with the responsibilities that have been entrusted to him upon the end of the leave period,” the statement read.

Media liaison in the office of the deputy president, Matshepo Seedat said the leave will be for a week or two depending on the advice of the medical team starting on Monday 28 June.

“The Deputy President had previously taken a similar leave in October of 2018,” she said.

Mabuza last public engagement was on 15 June, where he admitted that the vaccination programme had faced several snags in its rollout, but said negotiations with manufacturers of Russia’s Sputnik V and China’s Sinovac vaccines were at an advanced stage.

He was responding to questions from delegates of the National Council of Provinces (NCOP) during a virtual plenary sitting.

READ NEXT: Covid-19 vaccinations steaming ahead despite setbacks, says Mabuza

In September last year, there were growing concerns over the deputy president’s public absence, especially during the start of the pandemic.

The deputy’s office denied the reports that his health was not in a good state.  They said: “We would like to assure South Africans that the deputy president is at home and well. Anything contrary to this is a malicious and unfortunate rumour.”

There have been persistent rumours that Mabuza was not doing well, a possibility for the reason for his absence in public.

This time, there was still much confusion about what Mabuza’s health problems were, exactly.

Was he working before? He’s been leave since being elected!