The SCA said that the LFN's case was based upon sweeping generalisations and broad conclusions. 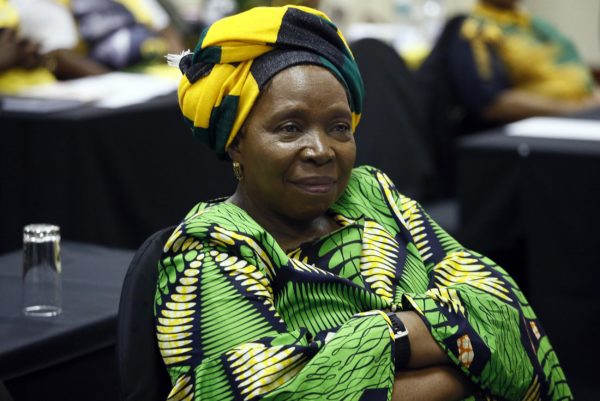 A High Court judgment which declared almost all of the level 3 and 4 lockdown regulations as unconstitutional and invalid has been dismissed by the Supreme Court of Appeal (SCA).

In May last year, the Liberty Fighters Network (LFN) launched proceedings in the North Gauteng High Court in Pretoria, seeking to have the regulations promulgated under the Disaster Management Act set aside.

The LFN primarily argued the regulations violated the Bill of Rights in the Constitution, in that they exceeded the purpose and objectives of the act and the regulations were irrational and were based on incorrect advice.

The SCA noted one of the underlying themes in the LFN founding affidavit was one of Covid-19 denialism.

Cooperative Governance and Traditional Affairs Minister Nkosazana Dlamini-Zuma argued advice was taken from medical and scientific experts when making the regulations, unlike the opinions of LFN president Dawid de Beer.

It was further placed on record that the declaration of a national state of disaster and the regulations was entirely rational and in line with what other countries had done, including Spain, France and Italy.

It was denied the decision to declare a national state of disaster was based on unconfirmed, unverified and incorrect medical advice.

Dlamini-Zuma argued the limitations imposed on fundamental freedoms by the regulations were justifiable, when viewed against the provisions of Section 36 of the Constitution.

High Court Judge Norman Davis ruled in favour of the LFN and declared the regulations as unconstitutional and invalid with the exception of the prohibition of tobacco.

News24 reported Davis ordered that Dlamini-Zuma should formulate changes to the regulations within 14 days.

“The starting point was not ‘how can we as government limit constitutional rights in the least possible fashion whilst still protecting the inhabitants of SA?’, but rather ‘we will seek to achieve our goal by whatever means, irrespective of the costs and we will determine, albeit incrementally, which constitutional rights you as the people of South Africa may exercise’,” he said.

Slamming a number of the regulations, Davis placed specific reference to the regulations surrounding funerals which he said was “not only distressing, but irrational”.

“When a person, young or old, is in the grip of a terminal disease other than Covid-19 and is slowly leaving this life, to ease that suffering and the passing, it is part of the nature of humanity for family and loved ones to support the sufferer. Moreover, there are moral, religious and ubuntu imperatives demanding this,” he said in his judgment.

The appeal started off in a tumultuous environment as De Beer threatened to challenge the decision by the SCA to have the appeal heard virtually because of the pandemic.

He also wanted the full Bench to recuse themselves. However, on the day of the hearing, the recusal application did not go forward as De Beer elected not to participate in proceedings.

The SCA held that the LFN’s case was based upon sweeping generalisations and broad conclusions.

“The minister was compelled to deal, as best she could, with a case that was framed in almost unintelligible terms. Her explanations as to why she was moved to declare a national state of disaster and that she took scientific advice before formulating the regulations were not meaningfully contradicted.”

The LFN also did not plead, or in any event properly plead, the constitutional attack that was upheld by the High Court.

The SCA added the High Court was willing to see a case where there was none and unjustifiably excused the manner in which it was framed.

“To sum up on this aspect of the case: the case put forward by the respondents was wholly inadequate. There was no cognisable case to answer.

“The respondents ignored the fundamental principle that an applicant’s case must be set out with sufficient specificity, clarity and supporting admissible evidence so that the functionary or repository of power knows the case that has to be met.

“The constitutional challenge made to the regulations was too diffuse and inadequately specified to make out a case for an infringement of the Bill of Rights.”

The SCA also found the irrationality test had not been properly applied and was also not pleaded. The judgment stated the rationality challenge failed to observe the tight strictures of means and ends that founds such a challenge.

“A generalised disquiet that the regulations constrain liberty, lack coherence or may have been less restrictively formulated does not suffice to secure a declaration of invalidity.

“The High Court struck down regulations that had not been challenged, on a case not properly pleaded, and on the basis of reasoning that the invalidity of certain regulations must contaminate all the regulations. In sum, neither the challenge brought, nor the High Court’s reasons for sustaining that challenge can be allowed to stand.”

WATCH: How 'dark kitchens' are taking over the restaurant scene
16 hours ago
16 hours ago

WATCH: How 'dark kitchens' are taking over the restaurant scene
16 hours ago
16 hours ago