A 27-year-old security guard was fatally shot on Sunday. 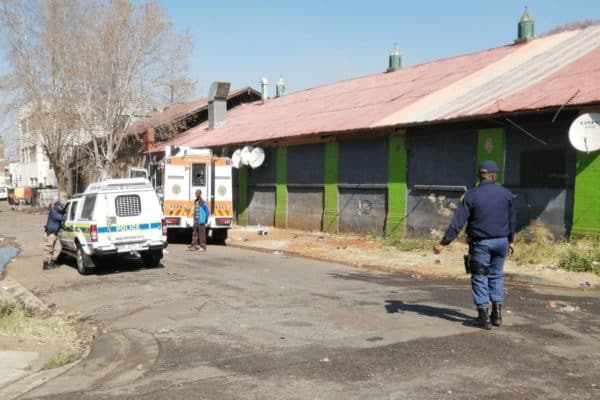 While protests are flaring up across Gauteng, #FreeJacobZuma protesters have also taken to looting businesses and barricading roads in Jeppestown, Denver and Alexandra on Sunday morning.

This follows after major roads and highways in KwaZulu-Natal were closed on Friday and Saturday as the KZN Shutdown protesters wreaked havoc and torched an unconfirmed number of trucks.

While authorities in Gauteng have joined forces to keep motorists and residents safe on the province’s freeways, an investigation is underway to determine the circumstances surrounding the fatal shooting of a security guard.

The gunshot victim’s body was found on the corner of Hanau Street and Ford Steet in Jeppestown. He has since been identified as 27-year-old Sphelane Ndawonde, whose brother Mhlonipheni Ndawonde spoke The Citizen’s Bernadette Wicks on Sunday.

He said Sphelane was killed shortly after 6am as he was returning from work. Mhlonipheni, who had no words to describe the loss of his brother, said he was alerted to Sphelane’s death by protesters in the area.

It is unclear at this stage whether his death could be linked to the protests. We have reached out to authorities and await confirmation.

Update: JMPD spokesperson Xolani Fihla couldn’t confirm whether the shooting was linked to the protest action in the district, but said a statement will be released in due course.

Officials are also investigating the fatal shooting of a 40-year old man who was certified dead at a local clinic.

Meanwhile, authorities dispersed a group of protesters at Bramley, near Alexandra, and a group of 300 people who barricaded the M2 freeway.

Authorities also arrested 18 suspects in Alexandra; 16 have been charged for public violence linked to the shooting of a police officer.