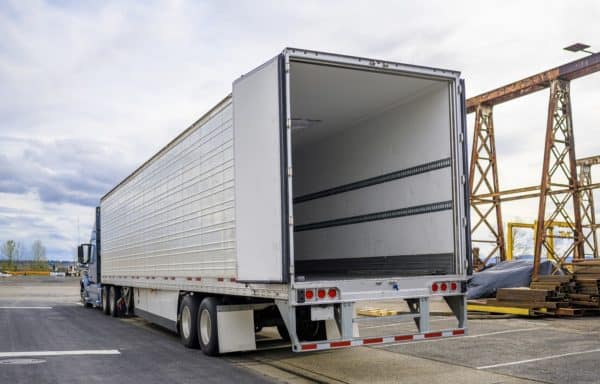 Western Cape police have confirmed that a truck en route from Somerset West to the Eastern Cape was pulled over carrying 100 bodies.

Speaking to The Citizen he said: “The truck was transporting 106 bodies from the undertaker, they did have the permit to do so.”

He added that the truck is en route to its destination in the Eastern Cape at the time of writing.

In a separate matter, a man shocked motorists in June after illegally hitching a free ride by clinging to the back of a truck without the driver noticing.

The man clung to the back of the truck for dear life and repeatedly peered around to see if the driver had noticed him. Lourika Botha was driving from Vereeniging in the direction of Sasolburg in the morning when she noticed the illegal passenger.

Botha then drove past the truck and realised the driver was not aware of his passenger at all.

“From the front of the truck you could not see there was anyone behind the truck,” she said.

READ NEXT: Man hitches a lift on back of tanker truck

Recently a multidisciplinary roadblock was held on the N9 national road between Aberdeen and Graaff-Reinet in the Eastern Cape on Friday.

The departments that formed part of the roadblock were, the police, provincial and municipal traffic, Graaff Reinet K-9 Dog Unit and emergency services, the statement read.

Acting district commissioner, Brigadier John Lebok welcomed the multi-disciplinary operation held and said it “sensitize the community to ensure that motor vehicles are roadworthy and to comply with the regulations as set out in the Road Traffic Act.”