It’s time to take vaccines to the masses, says expert

Government's earlier communication blunders allowed anti-vaxxers to dominate the discourse, but it's not to late to win back lost ground. 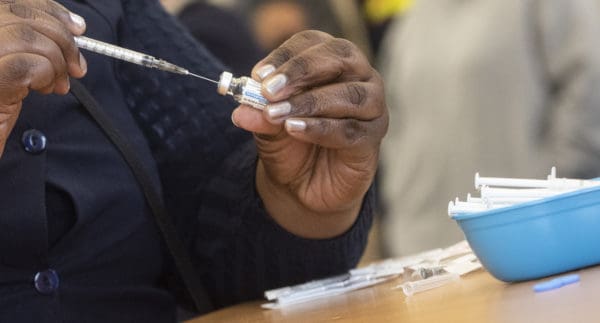 A lack of communication and transparency on the part of government over the importance of the Covid vaccination and its safety allowed a “small but vociferous” group of anti-vaxxers to seriously slow down the jabs roll-out, says an expert.

Epidemiologist Dr Jo Barnes said the first problem with vaccinations had occurred right at the beginning, when the government was so slow in negotiating the purchase of vaccines.

“When it became clear that they would have to acquire a large number of vaccines, other countries had already secured stocks and South Africa found itself at the back of the queue,” she said.

“The next problem occurred when the AstraZeneca vaccines that were put on hold, while investigations were completed, were disposed of instead of being used.

“All this and other logistical issues meant that South Africa had a very slow start to its vaccine roll-out programme.”

Barnes said while the purchasing was in progress, the information and education campaigns, which should have kicked off in high gear from the start, were very low-key and contained almost no facts that could educate and convince the general public.

“That gave the small but vociferous anti-vaxx group the perfect opening to start taking over the communication gap. They did that with frightening success,” she added.

The Aids Healthcare Foundation (AHF) said South Africa needed to improve its technology and logistics to recover and improve the speed of the vaccination roll-out.

AHF’s country programme manager Dr Nduduzo Dube questioned whether SA’s vaccine distribution was done effectively and said although more than 8 million of the 59 million people in SA had now been fully vaccinated, the roll-out remained slow for various reasons.

Dube suggested the health department work closely with major employers, such as retailers and manufacturers, as well as with the labour department and the department of social development to use existing employee and beneficiary data to reach people for scheduled vaccinations.

“This is especially important now that the country is targeting not only the vulnerable, but also the wider population with the aim of vaccinating 67% of people to achieve herd, or population, immunity,” he said.

“Even with vaccines being available, South Africa has seen a lag in vaccination.

But he noted granting employees a day off work to get vaccinated may cost employers a day of productivity, but it would save a lot of days by preventing illness and infections.

Barnes said South Africa was now faced with high vaccine hesitancy, “a better but by no means good roll-out programme and mistrust in the process by the general public”.

“This is a tall order to overcome. In my opinion, lessons from past mistakes will take us out of this crisis,” she said.

“Those lessons should include much better information, openness on the part of all government structures, explanations rather than orders and taking the vaccines to the people.”

Taking vaccines to the people had started and the successes were encouraging.

Dube said much still needed to be done to achieve patient data digitisation so businesses and workers could plan, together with the health department, when and where to access the vaccine for a swifter distribution process.

He said this would also result in sufficient vaccines being made available when and where they were most needed and, importantly, limit wastage.

“We believe a real solution lies in opening up lines of communication between the departments of labour, health and businesses to streamline the digitisation of patient records,” Dube said.

“Or at least for now of the working population and in due course for the almost 14 million people who are on social grants, to improve citizens’ immediate access to the vaccine through some kind of loose appointment system at their closest inoculation centre.”

Churches are starting to help

Religion has been one of the barriers to mass vaccination against Covid and a major reason behind vaccine hesitancy among believers.

The Religious Forum Against Covid-19 yesterday launched the #VaxuMzansi national campaign in Phoenix, KwaZulu-Natal, aimed at addressing vaccine hesitancy and building pillars of support for the vaccine in religious circles.

According to the South African Council of Churches, the campaign was rooted in the premise of being a positive change agent, with the goal to get at least 70% people in their congregations and communities vaccinated.

The council’s Bishop Malusi Mpumlwana said the Forum Against Covid, which was convened earlier this year, continued in its advocacy work against the scourge.

Mpumlwana said the campaign would allow the use of religious infrastructure as vaccination sites in partnership with the national department of health and other commercial partners.

Already, vaccine teams are working at places like the Grace Bible Church in Soweto and the Methodist Church in Mitchells Plain.