Tutu sends team on their way

The youngest team in the Volvo Ocean Race received a spiritual boost on Friday, on the eve of the in-port competition in Cape Town. 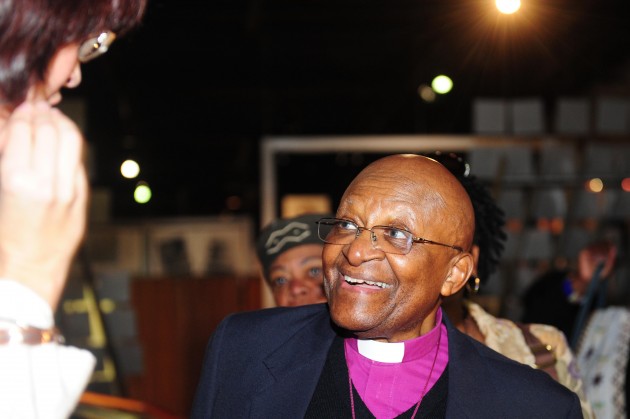 “God bless you in your adventures around the world,” Tutu said.

“May the wind be at your back, or from wherever you’d like the wind to come from.

“As you can tell, I don’t know much about these things.”

Enright said it was a valuable life experience, meeting the Nobel Prize winner.

“It was a great opportunity to meet an amazing man,” said the 30-year-old skipper.

“We’ll take any support we can get, and if it comes from Archbishop Desmond Tutu, then all the better.”

Alvimedica, one of seven boats in the fleet, claimed victory in the opening in-port race of the series in Alicante, Spain.

While the in-port race series does not count towards the overall Volvo Ocean Race trophy, it will be used as a tie-breaker if teams finish level on points at the end of the nine-month event in Gothenburg, Sweden, in June next year.

Abu Dhabi Ocean Racing, led by Brit Ian Walker, held the early advantage in the 2014/15 Ocean Race, at the stop-off in Cape Town.

They edged Frenchman Charles Caudrelier’s Dongfeng Race Team by just eight minutes after 25 days at sea in leg one.