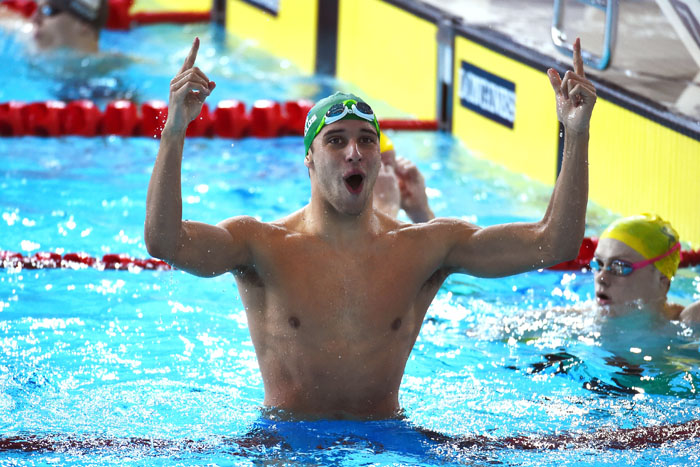 Competing in the first final of the biennial spectacle, Le Clos produced a late charge to snatch gold in the men’s 200m freestyle in 1:41.45, touching the wall 0.22 seconds clear of Russian silver medallist Danila Izotov.

Later in the evening session, Le Clos made no mistake in his specialist discipline, qualifying fastest in the men’s 100m butterfly semifinals, in 49.25 seconds, to book his place in Thursday’s final.

Meanwhile, Cameron van der Burgh was the only other South African in action on day one who safely progressed beyond the morning heats.

Van der Burgh, the world record holder, was fifth fastest in the penultimate round of the 100m breaststroke event, clocking 57.18 to secure his spot in the final.