Le Clos to chase another medal

Chad le Clos will target his third gold medal on Saturday night at the World Short-Course Swimming Championships in Doha. 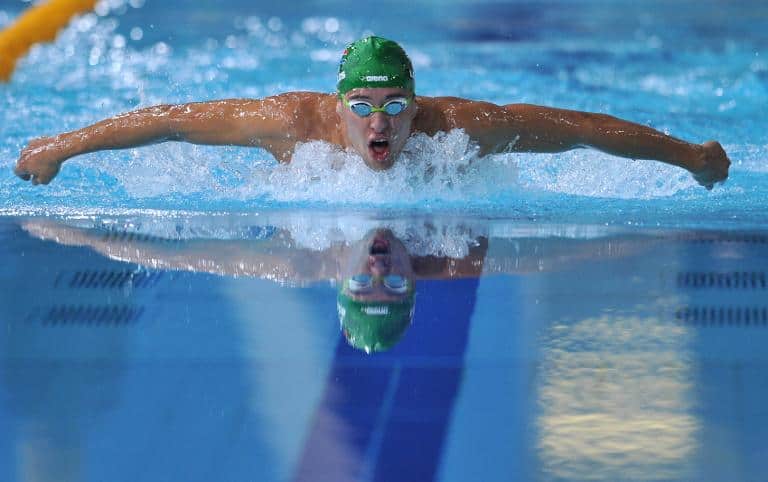 The only South African competing in the evening session on Friday, Le Clos coasted through the semifinals on the third day of competition.

Dominating the early rounds of the men’s 50m butterfly event, he touched the wall in 22.20 seconds in the penultimate round to qualify fastest for the final.

Brazilian Nicholas Santos was second quickest in the semifinals, clocking 22.48.

All other South Africans in action on Friday were eliminated in the heats of their events.

Le Clos had shone on the opening two days of competition, bagging gold medals in the 100m butterfly, in which he set a world record of 48.44 seconds, and 100m freestyle finals.