South African netball has experienced highs and lows in a topsy-turvy 2014 season, from the launch of a breakthrough new domestic series to a disappointing defeat at the Commonwealth Games. 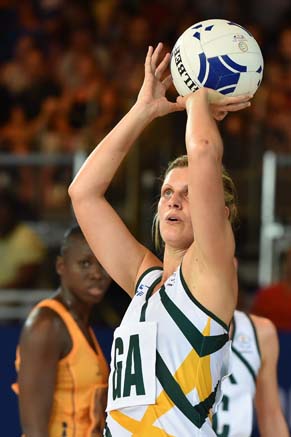 Maryka Holtshausen of South Africa during the netball match between South Africa and Barbados on day 3 of the 20th Commonwealth Games at the Scottish Exhibition Centre on July 26, 2014 in Glasgow, Scotland. (Photo by Roger Sedres/Gallo Images)

Here are some of the highs and lows.

Worst moments in SA netball in 2014

In search of a maiden medal at the Commonwealth Games in Glasgow, the Proteas are edged into third place in their group, missing out on the medal play-offs. In the play-off for fifth and sixth positions, they go down to perennial rivals Malawi in a disappointing result.

The entire SA netball family is left in shock after 32-year-old Sedibeng player Monosi Konopi is seriously injured in a car accident when the team’s taxi loses control on route to the National Netball Championships in Cape Town. Konopi is later confirmed paralysed and confined to a wheelchair for life, with Netball SA opening a trust fund to provide her with financial support.

Rising Proteas star Lenize Potgieter is involved in a car accident in Pretoria. She is released from hospital four days later with no major long-term injury concerns. In a major blow for the national team, however, she is unavailable for the Fast5 World Series, with the SA squad, already without injured goal shooter Lindie Lombard, taking another blow on attack. 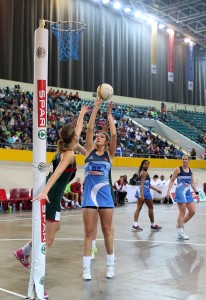 Netball SA launches the first semi-professional league in Africa, as the inaugural five-week Brutal Fruit Cup gets under way in Pretoria. In a nail-biting final, the Free State Crinums edge the Gauteng North Jaguars in extra time to lift the trophy.

Warming up for the Commonwealth Games, the Proteas thump Scotland 3-0 in a Test series in Cape Town. While the tourists are ranked six places below their hosts, the South Africans indicate they are ready for the quadrennial showpiece with convincing victories in all three matches.

Gauteng North reclaim the domestic crown, winning their fourth title in five years at the National Netball Championships in Cape Town. They sweep aside Dr Kenneth Kaunda to secure a comfortable 63-37 win in the final.

After going down to Malawi at the Commonwealth Games, the SA team bounce back to beat their perennial African rivals in the round robin phase at the Fast5 World Series in Auckland. They go on to defeat Malawi again in the playoffs to take fifth position in the global five-a-side tournament.

Having fallen 66-33 to the more experienced and settled Australian Centre of Excellence team, in a rare international series in Potchefstroom, the SA Under-23 invitation side prove their immense potential by displaying vast improvement throughout the week in Potchefstroom. They put up a stronger fight in the second game, going down 45-38, before narrowly missing out on a consolation win with a 41-37 defeat in the final match.