"The cutting-edge turbo-hybrid engines" will have "more standardised parts plus use 10 per cent biofuel," explained the F1 site. 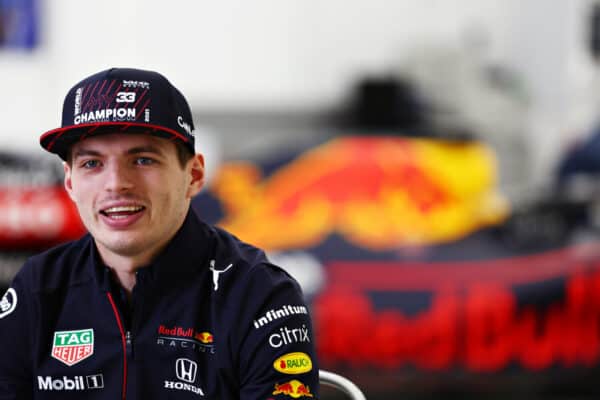 Formula One will be showing off its new look when Red Bull, who carried Max Verstappen to a controversial maiden title last year, start the annual catwalk season by unveiling their 2022 car on Wednesday.

The interest will be ramped up this year because changes in Formula One rules mean, as Mike Elliott, the technical director of world champion constructors Mercedes, told his team web site: “The cars are going to look very different.”

While Red Bull will not be quite the first team to launch, it will be the first with a car, its RB18 model, on display.

Haas, who spent last season on the back row of the grid, released their livery on Friday but, as is their habit, will not unveil the car until pre-season testing in Barcelona, on February 23-25.

Red Bull, after a winter spent glorying in the title Verstappen snatched on the closing laps of last season, are promising “a “launch like no other”.

It would, the team promised, “push the boundaries by disrupting the traditional car launch,” and, showing Red Bull is on the cutting edge of social media jargon, allow fans to “curate and host” the launch.

As usual the paint-jobs and drivers will attract attention, particularly when last year’s incredulous losers, Mercedes unveil their W13 model on February 18.

On Saturday, Lewis Hamilton seemed to answer questions about whether he will return to seek revenge on Verstappen.

He tweeted a photo of himself, on what looked like the rim of the Grand Canyon, with the caption: “I’ve been gone. Now I’m back!”

The team livery has also attracted interest after speculation that the Silver Arrows will drop the black paint Hamilton favours.

Ferrari, who struggled again last season while saying they already had their eyes on designing the best model for the 2022 rules, will reveal their F1-75 on February 17.

When their affiliate, Alfa Romeo, unveils its C42 car on February 27 the focus will be on the drivers — Valtteri Bottas, who was third overall last year with Mercedes, and Guanyu Zhou, the first Chinese driver in F1.

Fans wondering how the coming season will unfold when the cars start racing in Bahrain on March 20, will be trying to look past the paint and the drivers.

Some changes will be invisible.

“The cutting-edge turbo-hybrid engines” will have “more standardised parts plus use 10 per cent biofuel,” explained the F1 site, boasting that it already had the “most efficient engines ever created.”

The most noticable change will be the fatter tyres, now 18 inches rather than 13 inches, but the most far-reaching will be in another, more localised, environmental battle: against dirty air.

Formula One had become a victim of its own cutting-edge technology as changes to improve aerodynamics and downforce increased the turbulence that causes cars close behind to lose grip on corners and overheat.

This years rules are a complete “reset” said Red Bull.

“It’d be easier to detail which parts of the aero rules aren’t changing, because there aren’t any,” said an explainer on the Red Bull web site.

Formula One called the changes “a new aerodynamic philosophy aimed at helping cars follow each other much closer through the corners without losing downforce.”

“Racing will be less predictable, more spectacular and drivers will be able to race each other harder than ever.”

The changes, including ramped up chassis safety rules, means the minimum weight will increase from 752kg to 790kg