Hamilton calls for more ‘non-biased’ stewards in Formula One 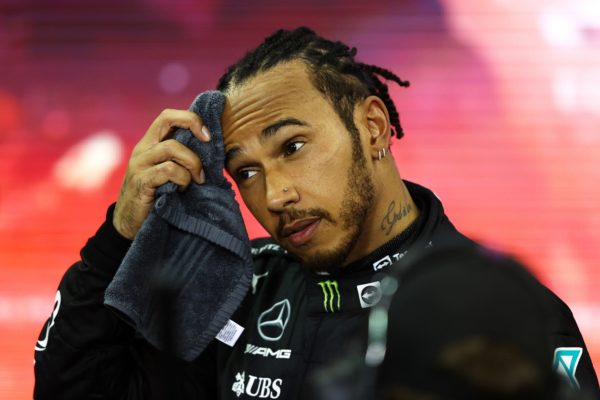 Lewis Hamilton called for more “non-biased” officials in Formula 1 as McLaren’s Lando Norris set the fastest time on the opening day of pre-season testing in Barcelona on Wednesday.

Ahead of the new 2022 season, Hamilton said some stewards are too close to certain drivers. He also said there should be more female officials on the circuit.

The seven-time world champion was dramatically pipped to the title by Max Verstappen in December, when Hamilton and Mercedes claimed Red Bull had influenced the decisions in a hugely controversial final race in Abu Dhabi.

Race director Michael Masi has since been removed, with the role now split into two.

Asked if the change would result in better decision-making, Hamilton said: “We need to make sure we have non-biased stewards too.

“Race drivers, some are very, very good friends with certain individuals, some travel with some individuals, take a more keen liking to some.

“I think (F1 needs) people who have no biases, and are super central when it comes to making decisions.”

“I think we need professionalism in the stewards’ room,” said Wolff. “I don’t think there is a conscious bias to be honest. It’s intelligent people.”

Red Bull’s Christian Horner said: “I would agree with Toto that I don’t think there’s an intended bias. I’m not aware of any stewards travelling with drivers to races.”

Hamilton said there should also be more female stewards to boost diversity in the sport.

“It would be awesome to have a male and female as the two race directors,” he said.

The 37-year-old was speaking on the first day of pre-season at the Circuit de Barcelona-Catalunya before stepping into the new Mercedes W13 car in the afternoon.

Hamilton recorded the fifth fastest time of the day, with 1min 20.929 sec.

“I feel the freshest that I ever have,” he said. “Of course, there are so many different ways you can re-focus and get re-centred, and I would say this break was one of the best I’ve ever experienced.”

“It was definitely more about being present and in the moment, and creating memories,” said Hamilton, who used his break to spend time with his family.

“I know sometimes in life, we get so focussed and stuck into certain things like work that we forget to do those things.

“So it was a great time, just refreshing with the family. It was the best period of time I’ve actually ever had with my family.”

In the first outing for the heavily redesigned cars, Norris recorded a time of 1:19.568 in the afternoon session, eclipsing the morning’s fastest time of 1:20.165 set by Ferrari’s Charles Leclerc.

Hamilton drove only 50 laps while Verstappen totalled 147, the most of any driver, and his best time of 1:22.246 left him ninth.

Note: Kubica is a reserve driver